The group were captured in pre-dawn raids on Tuesday in the Basque county, Navarra, Cantabria and Aragon.

They marked the first Eta-related arrests since the armed rebel group announced a new ceasefire on September 5.

Francisco Caamano, Spain’s justice minister, said the arrests demonstrated “that the government’s position has not changed in the fight against Eta”.

“Security forces and public prosecutors maintain their determination in the fight against terrorism with rigour and judges continue to apply the law.”

The interior ministry said Tuesday’s arrests had dismantlyed the core leadership of Ekin, which is seen by the courts as a part of Eta.

Eta’s decades-long campaign of bombing and shooting for a homeland independent of Spain has claimed more than 800 lives.

Listed as a terrorist group by the European Union and the United States, the group announced a “permanent ceasefire” in March 2006.

But in December 2006 it set off a bomb at a car park at Madrid’s airport, killing two men. In June 2007 it formally called off its ceasefire citing a lack of concessions by the government in peace talks.

Since then, the government has taken a hard line against the group and its political wing, Batasuna, arresting dozens of members including the top leadership. 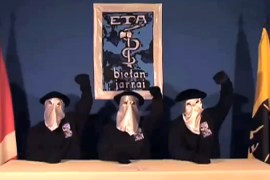 Basque separatist group reported to have decided ‘not to carry out armed actions’ in its campaign for independence. 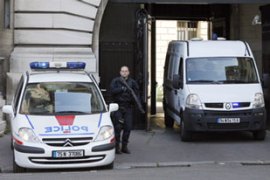 Mikel Sarobe detained along with two members of banned Basque group in Bayonne. 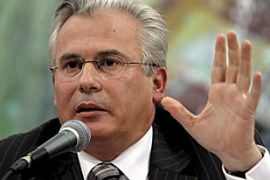 Baltasar Garzon suspended from his post ahead of trial for overreaching his authority.