France’s leading newspaper has accused Nicolas Sarkozy, the French president, of attacks on press freedom in a bid to uncover the source of corruption claims.

Le Monde said Sarkozy’s office ordered an illegal probe into its reporting of the L’Oreal affair, a complex and long-running inquiry into an alleged party funding scandal.

The daily said it lodged a legal complaint after being told by police sources that intelligence officers studied telephone records of a justice ministry official to determine if he was the whistleblower.

The president’s office firmly denied ordering police intelligence officers to trace the source of the leak to the paper.

The row comes as French police on Monday confirmed an official had been accused of releasing restricted information, which led to the resignation of the pension’s minister.

Frederic Pechenard, the national police chief, said he had evidence that a ministerial aide had leaked information and that this had been passed to prosecutors.

Pechenard described the probe as a “legitimate investigation of the origin of leaks” carried out under the auspices of the domestic intelligence service’s “mission to protect the security of institutions”.

The leak probe is the latest episode in an increasingly complex case surrounding France’s richest woman, L’Oreal heiress Liliane Bettencourt, who has been linked to alleged illegal funding of Sarkozy’s campaign.

Earlier, in a front page editorial, Le Monde accused the Elysee – the president’s office – of trying to stifle reporting of the L’Oreal case and of breaking a law designed to protect whistleblowers who leak information to the press.

“The Elysee totally denies the accusations by Le Monde and the presidency adds that it never gave any instructions to any service at all,” Sarkozy’s office said in a brief statement to AFP.

According to Le Monde‘s report on Monday, the Elysee was annoyed confidential details of the interrogation had been leaked and ordered police to investigate.

“The counter-espionage service was used to find the source of one of our reporters,” Sylvie Kauffmann, the paper’s news director, wrote in a front page article headlined: “The Elysee broke the law on protecting press sources”.

Le Monde alleged that officers, operating without a judicial warrant, obtained a senior justice ministry civil servant’s telephone records and confirmed he had spoken to the paper’s reporter, Gerard Davet.

The official, identified as David Senat, the adviser to Michele Alliot-Marie, the French justice minister, has been sent on a mission to Cayenne, near the former Devil’s Island prison colony in French Guiana, the paper alleged.

The paper accused the government of seeking to silence reports on the L’Oreal affair, which has damaged Eric Woerth, the French labour minister and Sarkozy’s former fundraiser who stands accused of conflict of interest.

In the July report which Le Monde claimed that De Maistre had spoken to Woerth about being awarded the Legion of Honour, which Woerth had at that point denied.

Bettencourt, the 87-year-old heiress of the L’Oreal shampoo and cosmetics empire, has been accused by former staff of making large, illegal donations through Woerth to Sarkozy’s successful 2007 presidential campaign.

Woerth denies any wrongdoing, but has since admitted that he wrote a letter endorsing De Maistre – who hired Woerth’s wife to help him manage Bettencourt’s €17bn ($22bn) fortune.

Sarkozy and Woerth have denied the claims, but the latter has stepped down as treasurer of the majority UMP party to avoid accusations of conflict of interest.

French law allows journalists to refuse to identify sources and protects their contacts from police investigation except in exceptional circumstances.

Le Monde says these conditions were not met. 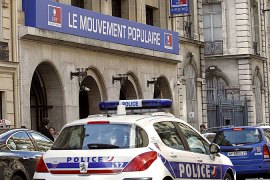 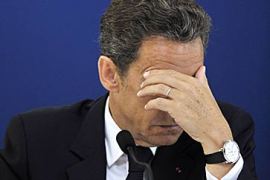 How will the allegations of illegal financing affect the French government? 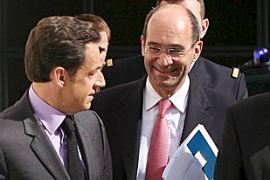 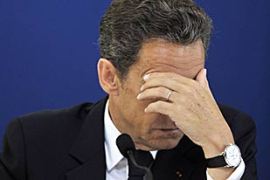 French president to give interview against backdrop of political donations scandal.