A powerful aftershock has struck the city of Christchurch in New Zealand, sending residents rushing into the streets, cutting power supplies and bringing down loose material from already damaged buildings.

The 5.0 magnitude aftershock struck just below the surface at 7:49 am on Wedneday (1949 GMT)prompting the government to extend a state of emergency.

According to seismologists, the latest quake was just one kilometre deep and much closer to the city centre than Saturday’s quake, which caused billions of dollars of damage.

The city’s civil defence headquarters and a welfare centre sheltering people made homeless in Saturday’s tremor were temporarily evacuated.

An estimated 1,000 motorists in a 1.9km tunnel linking Christchurch to the nearby port of Lyttleton received a scare when the aftershock opened up cracks in the structure.

The civil defence ministry said a state of emergency in Christchurch due to expire at midday on Wednesday (0000 GMT) had been extended for another week.

John Key, the prime minister, said while authorities were keen for the city and surrounding areas to return to normal as soon as possible, public safety remained the top priority.

“As this disaster unfolds what we’re seeing is some areas are much more badly affected than we thought they were and, in fact, the damage is much greater than we thought it was,” he told reporters durig a visit to some of the region’s worst-hit areas.

Bob Parker, the mayor of Christchurch said the intensity of the latest quake reduced many emergency workers to tears.

“It was a devastatingly, vicious sharp blow to the city,” he told local radio.

“This was a terrifying moment.”

The latest quake came as staff were making their way to work at the few shops and companies in the inner city which have been able to open this week.

They were immediately told to leave.

There were no deaths in Saturday’s powerful quake. 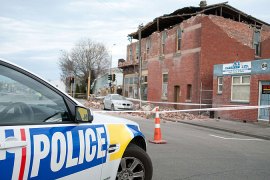 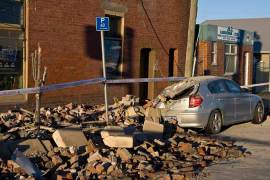 State of emergency declared for island country’s second-largest city after being struck by 7.1 magnitude earthquake. 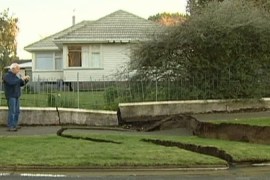 Only injuries reported from Saturday’s earthquake, but cost of repair may be $2 billion.