The three independent politicians who will decide who forms Australia’s next government have held final meetings with the country’s prime minister and the opposition leader.

They are expected to announce their decision on Tuesday.

Last month’s elections failed to deliver any party with a majority.

Two of the three politicians, Tony Windsor and Robb Oakeshott, said on Monday that all three – including Bob Katter – are likely to vote as a bloc to avoid a 75-seat tie that would probably trigger another election.

“The main game here has to be stability,” Windsor told ABC radio.

This will give the ruling centre-left Australian Labor Party led by Julia Gillard a two-seat majority or conservative opposition leader Tony Abbott a single-seat majority in the 150-seat House of Representatives.

It will be the country’s first minority government in almost 70 years.

Labor won 72 seats in the August 21 election, one fewer than Abbott’s coalition.

But Gillard has already enlisted the support of another independent, Andrew Wilkie, and the sole lower chamber legislator from the Greens party.

In late June Gillard, who was then Kevin Rudd’s deputy, stunned Australians, including many within the government, when she launched a sudden challenge to the prime minister’s leadership.

Labor gained power in 2007 with 83 seats after 11 years in opposition.

Glenn Milne, a journalist and political commentator in Australia, told Al Jazeera he believes the independent will most likely back the incumbent Labor government.

“The primary reason for this is to give more stability to the government rather than to the coalition,” he said.

Milne said several issues including election campaign expenditure and parliamentary reform have been holding up the process of forming the new government. 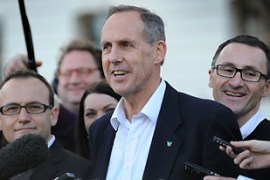 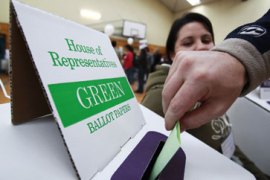 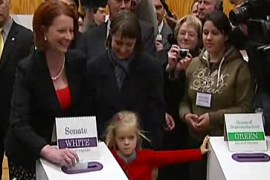 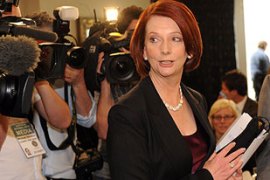 Leaders of ruling Labor and opposition coalition see closest race in a decade.