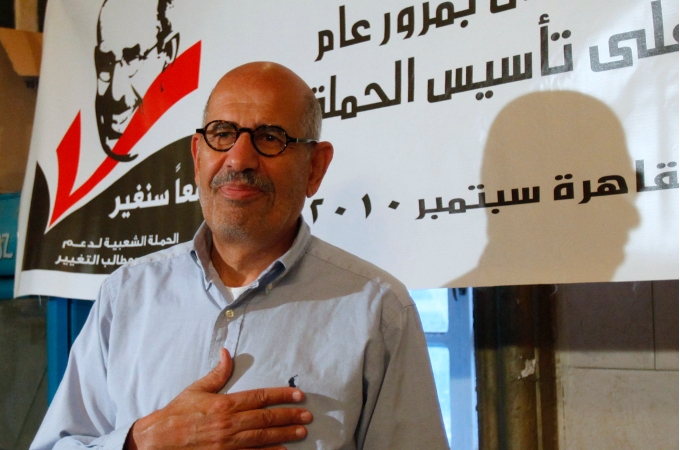 Mohamed ElBaradei, the Egyptian presidential hopeful, has called for a boycott of upcoming elections and threatened “civil disobedience” if the government does not agree to political reforms.

ElBaradei spoke to more than 200 activists at an iftar meal on Monday night. He said that parliamentary elections scheduled for November would be marred by fraud, and called for a complete boycott.

“A parliament vote is near and the regime has not responded to our demands,” ElBaradei said. “Anyone who participates in the vote, either as a candidate or as a voter, goes against the national will.”

Egypt’s last round of elections – for the upper house of parliament, in June – were widely panned as fraudulent. Monitoring groups like the Egyptian Organisation for Human Rights documented widespread allegations of fraud. The government insisted the vote was fair.

ElBaradei also told the audience that he would not run in next year’s presidential election unless the government agrees to reforms.

“If the whole people boycott the elections totally, it will be, in my view, the end of the regime,” ElBaradei said on Monday.

This was hardly ElBaradei’s first call for an electoral boycott: He has made the same demand for weeks on his Twitter feed. It remains an unlikely outcome, though, for an Egyptian opposition plagued by infighting. 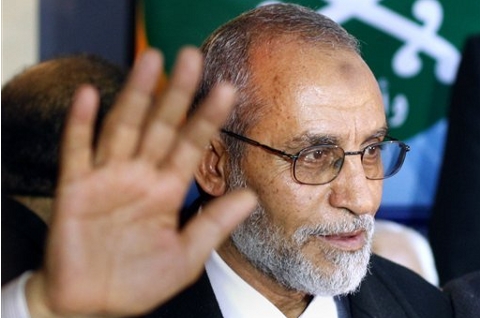 Any successful boycott would require the support of the banned-but-tolerated Muslim Brotherhood, Egypt’s most influential opposition group.

But the Brotherhood’s leadership is bitterly divided on the wisdom of such a move: A “reformist” wing supports a more confrontational style of politics, which would include boycotting elections, while the group’s more politically conservative members focus on recruitment and try to avoid confrontation with the government.

Earlier this year, Abdel Moneim Aboul Fotouh – considered one of the leading reformists within the Brotherhood – proposed a 20-year boycott of elections. Essam el-Erian, a member of the Brotherhood’s guidance council, quickly rejected that suggestion, telling the Egyptian newspaper El-Shorouk that the organisation planned to “participate in all coming elections”.

Badie was pressed to endorse a boycott during a Brotherhood iftar on Sunday, but the New York Times reported that he remained noncommittal. “Haste makes waste,” Badie told the group.

ElBaradei launched his “campaign for change” in February, and activists have spent the last few months gathering signatures for a petition demanding electoral reforms.

Their list of proposed reforms includes an end to Egypt’s 30-year-old emergency law, which the government recently extended; judicial oversight for elections; and the repeal of article 76 of the Egyptian constitution, which makes it nearly impossible for independent candidates to run for office.

The amendment requires independent candidates to obtain hundreds of endorsements from members of parliament and other political leaders – an almost insurmountable task in a country where the ruling National Democratic Party dominates most political institutions.

ElBaradei is trying to collect up to three million signatures this year on a petition demanding those reforms. His activists have collected more than 100,000 so far; the Muslim Brotherhood, which is collaborating with ElBaradei on the petition, has gathered more than 650,000.

Hosni Mubarak, the current president, has not said whether he plans to run for a sixth six-year term. Many Egyptians believe he will try to install his son, Gamal, as his successor.