A scientist in the UK has said that the cockroach could hold the answer to beating new diseases resistant to currently available antibiotics.

A researcher at Nottingham University said in a press release on Monday that he has found molecules in the brain and nervous system of cockroaches that kill superbugs.

Superbugs have gained notoriety in recent months over claims that they have developed to make mainstream drugs ineffective against them.

Simon Lee, a postgraduate researcher at the university in central England, tested the molecules found in the internationally disliked insect.

Lee discovered that the compounds are toxic for more than 90 per cent of Staphylococcus aureus (MRSA) – a superbug continually found in hospitals in the western world – and Escherichia coli – which causes food poisoning – germs.

Tests have now begun to see if the molecules will provide an antibody for emerging superbugs such as Acinetobacter, Pseudomonas and Burkholderia.

Lee said that considering the habitats of cockroaches, it is unsurprising that they carried their own antimicrobial drugs.

“Insects often live in unsanitary and unhygienic environments where they encounter many different types of bacteria. It is therefore logical that they have developed ways of developing themselves against micro-organism,” he said.

Lee has shown that the extracts do not negatively affect human cells.

He will be presenting the work at a Society for General Microbiology meeting this week.

Work to identify any active ingredients that could result in antibiotics is expected to take many years.

“We’re a long way from these being active drugs,” Lee said. 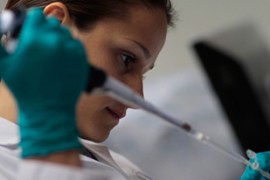 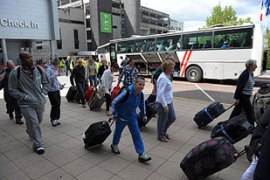