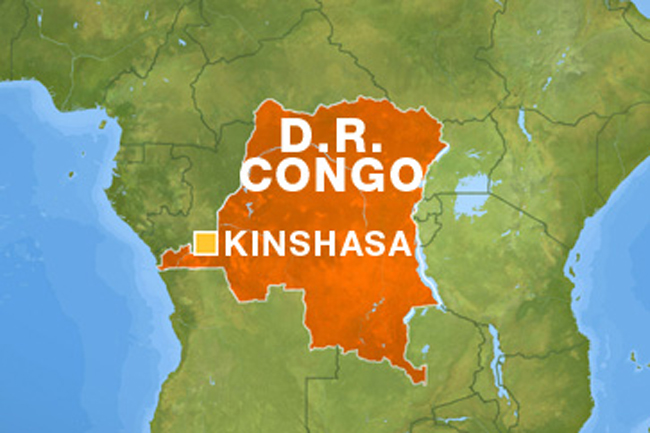 Hundreds of people are believed to have died in two separate river-boat accidents on the Democratic Republic of Congo’s vast rivers over the weekend.

In the first incident in the Central African nation, around 70 people were reported to have drowned when a boat capsized on the Rupi River early on Saturday morning. Ebale Engumba, a local official in Equatuer province where the accident occurred, said the boat hit a rock while travelling in darkness without a light.

“We are going to arrest people involved who are in charge of regulating the boat’s movement who failed to stop that boat from traveling at night,” she said.

Local officials said that passenger manifest had been burned in the fire, leaving them unable to confirm how many people were on board, but witnesses said that the boat was overfilled with passengers.

One survivor, a woman named Romaine Mishondo, said the boat was already packed with “hundreds” of passengers when it stopped some 10 minutes before the fire to pick up more people.

She said she did not know exactly how many people were aboard, but said the boat was so crowded it reminded her of “a whole market in the village full of people.”

She said that local fishermen quickly arrived on the scene, but began looting the boat rather than helping those in the water.

“Fishermen attacked the boat and started beating passengers with paddles as they were (trying) to loot goods,” she said.

Mwamba Mwati Nguma Leonard, the boat’s owner, said the fire had started while the boat was refuelling. “At the moment I am crying after learning my boat caught fire,” Leonard said. “I was just told on phone that it was while seamen were putting fuel into the tank that an explosion occurred after the oil touched the vessel’s battery.”

He said he has not been able to contact his employees who were at the scene of the accident, about 800km from the capital Kinshasa.

Francois Madila, an official from the navigation department in the province, said police had arrested two crew members and were investigating the incident.

River boats are a common mode of transport in DR Congo, which has less that 480km of paved road. The boats are often in poor repair and overloaded for trips, and many passengers are unable to swim, making fatal accidents a common occurance.

In July, officials said at least 80 people died when a boat ferrying about 200 passengers to DR Congo’s capital capsized after hitting a rock.

In May, dozens of people died when an overloaded canoe capsized on a river in eastern DR Congo. And last November, at least 90 people were killed after a logging boat sank on a lake.

The timber-carrying vessel was not supposed to be carrying passengers.