The founder of a leading Belarus opposition website has been found dead from an apparent suicide, as colleagues voiced doubt that he could have taken his own life.

The body of Oleg Bebenin, the editor of the Charter97 website, was found on Friday at his weekend home outside Minsk, the capital.

“Bebenin’s body was found hanged with a rope,” Alexander Danilchenko, a police spokesman, was quoted as saying by the Ria Novosti news agency. “A kicked-over stool was lying nearby.”

Speaking on Saturday, a spokesman for the general prosecutors’ office, said: “Suicide is the primary lead on the cause of death.

“But prosecutors will work on those other leads which are usually explored after a body is found in a noose.”

Bebenin’s associates at Charter97, which has come under fierce state pressure in recent months, said they strongly doubted that he killed himself.

Natalya Radina, an employee at the website, said: “I have known Bebenin 14 years. He was full of plans. We had agreed to meet on Monday.

“He was in a great mood on the day of his death! I can’t believe that he committed suicide.”

Andrei Sannikov, for whom Bebenin had been acting as spokesman in his preparations to run for president in Belarus’ elections next year, said he had shown no signs of depression and had left no suicide note.

“I was at the site of the tragedy and I don’t believe Oleg Bebenin committed suicide,” Sannikov said.

“It is odd that the interior ministry should speak of suicide before waiting for the autopsy results.

“Many aspects cast serious doubts: no suicide note was found and the last text messages he sent friends showed that he had plans to go to the cinema on Thursday night.”

Anatoly Lebedko, leader of the opposition United Civic Party, said investigators needed “in the first place to verify whether the death of the journalist was linked to his professional activities”.

Bebenin leaves behind a wife and two children. His relatives refused to comment on his death.

Most independent newspapers in Belarus have closed down and there are no independent television or radio stations, making the  internet a key source of information under the country’s authoritarian regime.

The Charter97.org website, which is critical of the government of Alexander Lukashenko, the president, has been a rallying point for Belarus’ opposition and at the centre of recent government crackdowns on independent media outlets.

Police in March raided the website’s offices, seizing computers and slapping Radina in the face during an investigation into the publication of material about the Belorussian security services, the former KGB.

Lukashenko, who has ruled the former Soviet republic of 10 million people since 1994, was once dubbed Europe’s last dictator by the United States but has now made attempts at greater openness.

In 2003, Veronika Cherkasova, an investigative journalist who had reported on arms sales by Belarus to Saddam Hussein’s Iraq, was stabbed to death in her home.

An investigation into the attack failed to find a link with her work. In 2000, a former cameraman for Lukashenko disappeared while working for Russian channel ORT. His body was found in 2003. 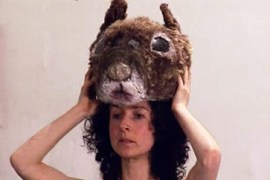 A look at the struggle for freedom of expression and the power of art. 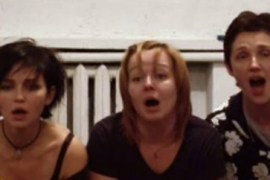 A group in Belarus is using theatre to criticise the country’s authorities. 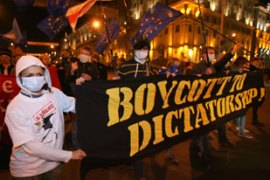