Andy Murray battled Hurricane Earl and a Jamaican Dustin Brown to reach the third round of the US Open.

The British fourth seed was expected to sweep past the unconventional Brown with little or no effort, and in the end he did so 7-5, 6-3, 6-0 on Friday.

But he was left scratching his head at times in the first set by the towering Brown’s unorthodox play focused around a huge, whipping serve and some outrageous drop shots.

On top of that, early play was suspended for around 20 minutes as, courtesy of Hurricane Earl churning up the US eastern seaboard, a rain shower splattered the Flushing Meadows courts.

In the end, Brown, ranked 123rd in the world, had little left to offer and Murray even went for some extra practise afterwards to complete his day.

“I’d never played him before so the match was very interesting with him hitting big and fun shots,” the Scot said.

“It was very difficult. He is a shot maker and is fun to watch so I am just glad to get through.

“It was windy so you had to get on and off the court as quickly as possible and I managed to get that done today.”

Next up for Murray will be Switzerland’s Stanislas Wawrinka, who eased past Juan Ignacio Chela of Argentina 7-5, 6-3, 6-4.

Murray leads their head-to-heads 5-3, including a straight sets win in the fourth round here two years ago en route to the final.

There was heartbreak, meanwhile, for US teen Ryan Harrison, who squandered three match points in the final-set tie-breaker against Sergiy Stakhovsky of Ukraine in a thriller out on the noisy Grandstand Stadium before going down 6-3, 5-7, 3-6, 6-3, 7-6 (8/6).

The 18-year-old, playing in just his second Grand Slam tournament, had the match points at 6-3 up in the decider, but a double fault and some brave play from a tiring Stakhovsky saved the day for the east European.

There was better news for US hopes, however, shortly after on the adjacent Louis Armstrong Court when Wimbledon marathon man John Isner won through to the third round with a 6-3, 3-6, 7-6 (9/7), 6-4 win over Marco Chiudinelli of Switzerland, setting up a third round clash against Mikhail Youzhny of Russia.

American hopes of a first home champion since 2003 were badly dented on Wednesday when Andy Roddick, who won the title seven years ago, lost to Janko Tipsarevic of Serbia.

The day was dominated by the involvement of nine Spanish and seven French players in the 16 second-round matches in the top half of the draw.

Four of these games opposed players from these countries and all four were won by the Spanish.

Tommy Robredo got the Spanish challenge off to strong start when his French opponent, Julian Benneteau, retired in a second set tie-break after injuring his left wrist stretching for a shot.

Robredo had won the first set 6-4.

But serve and volley expert Michael Llodra brought some small consolation for the French when he defied a painful left foot injury to defeat Victor Hanescu of Romania 7-6 (7/2), 6-4, 6-2.

Top seed Rafael Nadal was due in action in the night session against Denis Istomin of Uzbekistan, but more rain was in the forecast as the hurricane made its way northwards off Long Island.

Defending champion Kim Clijsters advanced to the fourth round of the US Open on Friday by defeating
Wimbledon semi-finalist Petra Kvitova 6-3, 6-0 for her 17th consecutive Flushing Meadows triumph.

Clijsters won the last 12 games over the Czech 27th seed to advance in 62 minutes as brisk winds whipped across Arthur Ashe Stadium with Hurricane Earl passing southwest of the area.

“I just had to adjust and get used to the wind. It was tough,” Clijsters said. “My serve has caused me some problems in the past few weeks. I was glad after those first three games I could get my serve going.

“When you don’t have that full confidence on your serve and you have the wind interfering with what your ball does, it’s never that easy. You just have to go back to the basics, really focus and maybe not go for it as much.”

Schiavone swatted a “Roger Federer shot”, between the legs while running away from the net, in the 10th game of the second set, recovering from the move in time for a forehand winner off the return on her way to holding at love.

Federer famously made the shot in a US Open semi-final victory over Novak Djokovic last year and struck a similar shot in his first-round victory over Argentina’s Brian Dabul on Monday.

Schiavone broke Bondarenko in the 11th game of the second set and held at love to complete the victory after 88 minutes.

Clijsters, trying to become the first back-to-back US Open women’s champion since Venus Williams in 2001, won her only Grand Slam titles on the New York hardcourts in 2005 and 2009.

But injuries and a two-year hiatus to start a family kept her from the US Open in between her titles, giving her the impressive win streak that looked to be in jeopardy at the start.

Kvitova broke Clijsters twice for a 3-0 lead after 11 minutes, inspiring memories of her US Open upset of top seed Dinara Safina last year on her way to a fourth-round finish before the 30-year-old Belgian roared to victory.

“I felt myself progressing throughout the match, so that’s a good feeling,” Clijsters said.

“I feel like I’m close. It’s only a matter of a few little details in my game that I want to improve.

“A match like this probably gives me more satisfaction because I beat a good player without even playing my best tennis.”

Stosur continued her best US Open showing in seven tries and matched her 2006 and 2010 runs to the last 16 in her homeland as her best Grand Slam efforts outside of the red clay of Paris, where Stosur became the first Australian woman in 30 years to reach a Grand Slam final. 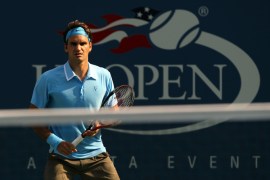 Federer progresses in US Open

Big hitters Sharapova, Djokovic, Soderling progress to third round of last Grand Slam of the season. 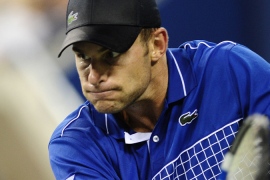 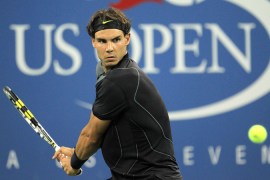