At least 25 police officers have been injured in an explosion set off by a suicide bomber in the city of Khujand, in northern Tajikistan.

“A passenger car packed with explosives rammed into the right wing of the organised-crime division building,” an interior ministry spokesman told the AFP news agency.

Takhir Normatov, the interior ministry chief of staff, said the bomber, who was killed in the blast, drove his car into the office compound’s gates when another vehicle was leaving.

Most of the fighters are believed to be still at large, and are likely headed for the remote Rasht Valley region near the Afghan border, where many fighters were arrested last year during a government clampdown on the restive area.

The escaped fighters include Afghan nationals and six Russian citizens, all of them natives of the volatile North Caucasus region, where Russian authorities are seeking to quell a separatist movement.

The country has been on high alert since the escape, setting up checkpoints on key roads across the mountainous Central Asian state and strengthening border positions with neighbours Afghanistan, China, Kyrgyzstan and Uzbekistan.

On Thursday, police said that a special forces operation north of the capital Dushanbe had captured the ring-leader of the prison break, Ibrokhim Nasredinov, a former inmate of the US military prison at Guantanamo Bay in Cuba.

Tajikistan, where a civil war between Islamist forces and backers of Rakhmon’s secular government killed tens of thousands following the collapse of the Soviet Union, shares a porous 1,300km border with Afghanistan. 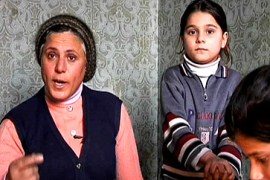 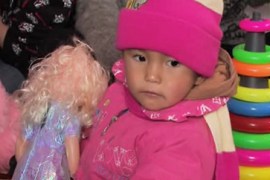 Aids on the heroin road

People & Power investigates the spread of HIV in Central Asia. 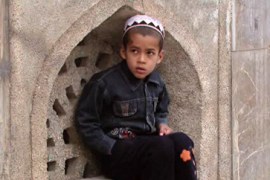