At least one person has been detained and hundreds of people evacuated from the international airport in the southeastern US city of Miami, Florida, after a security scare.

Four of the airport’s six concourses were temporarily evacuated after a screener spotted a suspicious item in a checked bag, the Associated Press (AP) news agency reported.

The Transportation Security Administration, the US federal agency responsible for air travel security, said on Friday that one passenger was taken into custody following the scare late on Thursday.

But the agency declined to identify the passenger or the suspicious item.

“The passenger was located and is now in law enforcement custody,” it said in a brief statement.

The agency said four airport concourses were evacuated along with airport roadways to “ensure public safety”, while a bomb squad scoured the area for explosives. The concourses were reopened on Friday.

Greg Chin, an airport spokesman, told the AP that between 100 and 200 passengers were evacuated initially.

“I’m still not sure how many flights came in during this time, but any that did were relocated to the eastern or western ends of the airport,” he said.

“We had to have passengers moved out on the curbside.”

He said the bomb squad remained on the scene just before 4 a.m. on Friday, the start of the morning rush when some 1,500 passengers were expected on flights between then and 6 a.m. 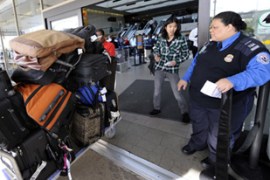 New approach will replace the extra scrutiny imposed on passengers from 14 countries. 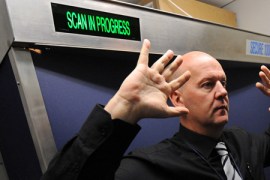 Do US security steps discriminate?

Riz Khan asks if the new measures at airports are purely motivated by safety concerns. 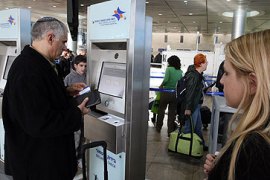 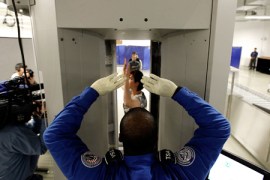