Barack Obama, the US president, has declared an end to the US war in Iraq and told Americans that restoring the country’s sagging economy was now “our central mission as a people”.

Obama, who inherited the war from his predecessor George Bush and is fighting another in Afghanistan, said he had fulfilled a 2008 campaign promise to end US combat operations in Iraq.

He said it was now “time to turn the page” after seven years of bloodshed, sacrifices on both sides and vast resources from tight budgets.

“Operation Iraqi Freedom is over, and the Iraqi people now have lead responsibility for the security of their country,” Obama said in a televised speech from the Oval Office on Tuesday.

“Ending this war is not only in Iraq’s interest, it is in our own,” he said.

But Al Jazeera’s Mike Hanna, reporting from the Iraqi capital, Baghdad, said US optimism contradicts the lack of progress on the ground.

“Anybody who wanted to watch that speech live on television would not be able to do so in most of the cases, simply because there is no electricity,” he said.

“There is very little water in many areas, there’s very little access to healthcare – so this is the situation within Iraq at present, at the very moment that the US president is saying that it is now capable of governing itself.”

Obama’s address came ahead of a formal ceremony on Wednesday in which the US military will hand responsibility to Iraq’s security forces.

Robert Gates, the US defence secretary, arrived on a surprise visit to Iraq early on Wednesday to attend the change of command proceedings, seven years after the 2003 US-led invasion of Iraq.

Former president Bush launched the war in 2003 over suspicions that Iraq possessed weapons of mass destruction. Such weapons were never found.

Almost a trillion dollars have been spent and more than 4,400 US soldiers and at least 100,000 Iraqi civilians have been killed since the invasion.

A recent CBS News poll found 72 per cent of Americans now believe the war was not worth the loss of American lives.

A large contingent of combat-ready US troops remain in the country but the Iraqi army is now formally in charge of its own security.

However, Obama’s declaration comes amid continuing violence and a stalemate in efforts to form a new government six months after an inconclusive election.

The impasse in Iraq has raised tensions as politicians squabble over power and anti-government fighters carry out attacks aimed at undermining faith in domestic security forces.

Hoshiyar Zebari, the Iraqi foreign minister, warned Iraq’s neighbours against interfering as US troops withdraw by a 2011 deadline set out in a bilateral security pact.

“We have warned all of them there wouldn’t be any vacuum, and if there would be a vacuum, the only people who will fill that vacuum are the Iraqis themselves,” he said.

Obama, in announcing the end of the Iraq war, shifted his policy focus to boosting the US economy.

“Today, our most urgent task is to restore our economy, and put the millions of Americans who have lost their jobs back to work,” Obama said.

“This will be difficult. But in the days to come, it must be our central mission as a people, and my central responsibility as president.”

Earlier on Tuesday Obama, while on a visit to the US Army base at Fort Bliss, Texas, to celebrate the milestone, stressed that his speech should not be seen as a “victory lap”.

“It’s not going to be self-congratulatory. There’s still a lot of work that we’ve got to do to make sure that Iraq is an effective partner with us,” he said.

The roughly 50,000 US soldiers still in Iraq are moving into an advisory role in which they will train and support Iraq’s army and police.

Obama has promised to pull all US troops out of Iraq by the end of 2011.

The effective change on the ground will not be huge because the US military has already been switching the focus toward training and support over the past year.

Iraqi forces have been taking the lead since a bilateral security pact came into force in 2009. US soldiers pulled out of Iraqi towns and cities in June last year. 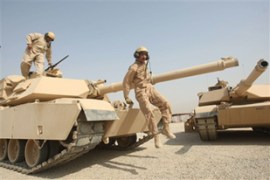 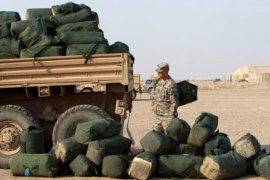 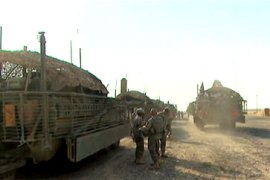 Drawdown ahead of Obama withdrawal deadline comes more than seven years after invasion. 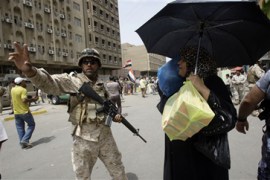 Senior general says planned US withdrawal will increase instability in the country.