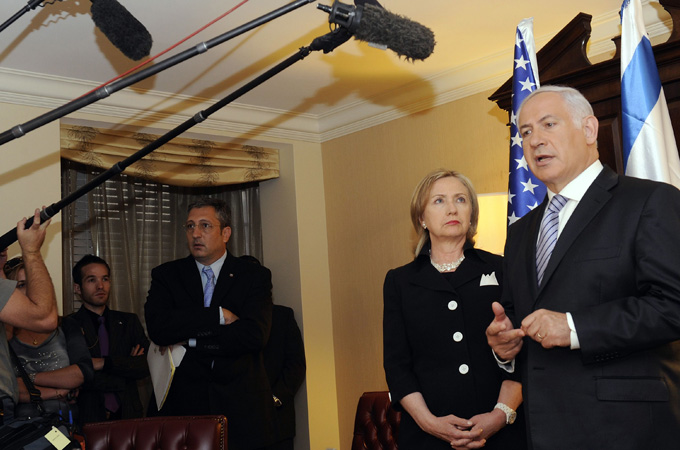 It is hard to find an optimistic view on the Israeli-Palestinian talks scheduled to begin in Washington on Wednesday.

A few scattered op-eds have expressed high hopes for the negotiations, the first in more than 18 months. But the prevailing mood in Washington, Jerusalem and Ramallah is one of deep scepticism. Tension looms over the talks: Four Israelis were murdered by Hamas gunmen in the West Bank on Tuesday night, and Israel’s West Bank settlement freeze is scheduled to expire on September 26.

The main participants, Binyamin Netanyahu, the Israeli prime minister, and Mahmoud Abbas, the Palestinian president, both find themselves in tenuous political positions: Netanyahu fears the collapse of his fragile right-wing coalition and Abbas heads an increasingly fractious Palestinian polity.

Obama spent the last year pressuring Netanyahu to freeze settlement growth in the West Bank. The two men had a frosty meeting in Washington in November, and there were rumours in the Israeli and US press that Obama wanted to rupture Netanyahu’s right-wing governing coalition.

That approach yielded little: Netanyahu agreed to a temporary settlement freeze in the West Bank – a freeze that has been routinely violated, and which Israeli officials insist will not be extended.

Michele Dunne, a senior associate at the Carnegie Endowment for International Peace, said Obama is now taking a softer approach to the Israeli prime minister. The two men had a lengthy meeting at the White House in July, ending in a chummy photo op. And Obama dropped his demand for a complete settlement freeze, a concession that helped pave the way for direct negotiations.

“[Obama] has to test Netanyahu’s intentions, to set up negotiations to his liking and then see what he’ll deliver,” Dunne said. “Because a year of trying to put pressure on Netanyahu didn’t get them anywhere.”

But will he deliver? The most immediate concern is settlements: Abbas has threatened to withdraw from talks if Israel resumes major construction after September 26. Netanyahu has reportedly said he will not make a decision on extending the freeze until after Yom Kippur – September 18 – and Daniel Kurtzer, a former US ambassador to Israel, believes his decision will depend on whether direct talks have shown progress.

“Bibi doesn’t have either the political flexibility or the political interest to make any promises before he has to,” Kurtzer said. “He’s going to wait and see. If things are going swimmingly, I wouldn’t be surprised if he bucks the coalition… if not, he might just say, I’m going to test Abu Mazen’s resolve.”

Levy called Israel a “reluctant de-occupier,” noting that the 500,000 settlers in the West Bank represent a “powerful political constituency”.

The shooting outside Hebron will lend further weight to that constituency, since many Israelis consider the settlements as a “security buffer” in the West Bank.

Reuven Rivlin, the Knesset speaker and a member of Netanyahu’s Likud party, said at the victims’ funeral on Wednesday that Israel should respond to the attacks with “a new construction push”.

On the other side is Abbas – himself a reluctant participant in these talks. He insisted for months that he would only agree to direct talks if Israel imposed a complete settlement freeze, a demand he finally dropped last month. 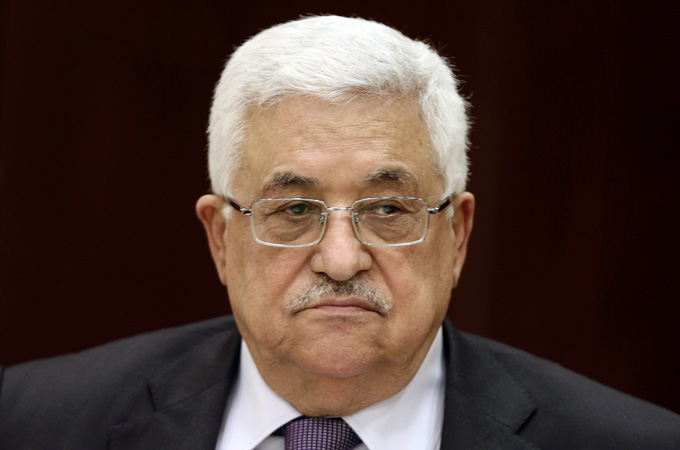 Aides say Abbas felt “left out on a limb” by Washington, which encouraged him to take a strong position on settlements, only to drop its own insistence on a complete settlement freeze.

“It’s important to note the emaciated state of the Palestinian interlocutor in the room,” Levy said. “They have been so pushed down in terms of their political capacity that it will almost not be possible to advance.”

Further weakening his position, Abbas does not speak for the entire Palestinian public. Years of enmity still separate his Fatah party from Hamas, which controls the Gaza Strip; Egyptian efforts to broker a reconciliation deal have stalled.

“Even if Abbas wants to make an agreement, there are serious questions to be raised about what you do with that agreement if Hamas is in the picture,” Kurtzer said.

Nor does Abbas represent the entire West Bank. Hundreds of demonstrators staged a peaceful rally last week to protest renewed Israeli-Palestinian talks – a rally that was broken up by members of the Palestinian security forces. The Fatah movement is riven with splits, and polls in the West Bank rarely put Abbas’ popularity above 50 per cent.

“There is consensus that coming to negotiations this way… is a mistake,” said Amjad Atallah, a former Palestinian adviser. “It’s great that there is unanimity finally among Palestinians, but it’s unfortunate that the unanimity is opposed to the course of negotiations.”

Mediating between these two sides is Obama, who made a rhetorical commitment early in his presidency to resolve the Israeli-Palestinian conflict. His speech in Cairo in June 2009 dealt extensively with the subject, and George Mitchell, his Middle East envoy, has spent months shuttling around the region.

For all the talk, though, Obama has unveiled few specific proposals, and critics have accused him of simply recycling past US policies. 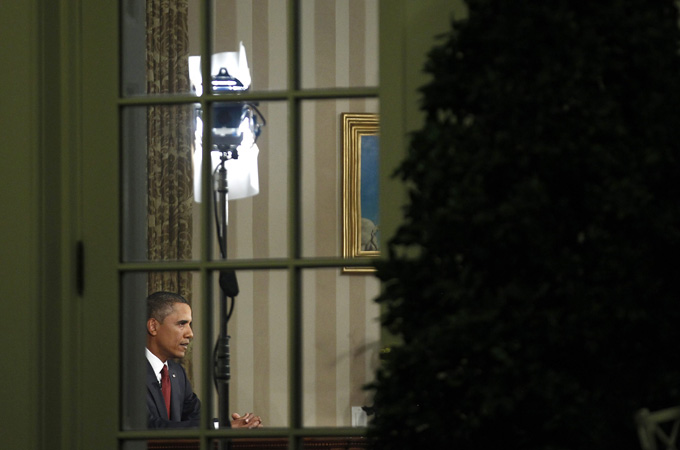 “We’ve been missing strategy,” Kurtzer said. “We have a lot of tactics, but some of those have backfired.”

Ori Nir, a spokesman for Americans for Peace Now, said that an “Obama plan” would help the process, though he said the president had good reason not to offer one too quickly.

“There’s an argument that if you introduce a detailed plan right from the beginning on a take-it-or-leave-it basis, the parties will leave it,” Nir said. “It’s hard to maneuver.”

Perhaps that detailed plan will be Obama’s “Plan B” if the current talks fail. The Israeli and American press have been full of speculation this year that Obama might unveil his own detailed proposal for a two-state solution – a take-it-or-leave-it offer for both sides.

But further delay makes an eventual deal even less likely. Polls suggest that the Palestinian public is growing tired of waiting for a two-state solution: A Jerusalem Media and Communications Centre survey released in April found 34 per cent of Palestinians backed a binational state, instead of two states – a jump from just 21 per cent in June 2009.

The delay stems partly from frustration with a long line of fruitless negotiations – Camp David, Wye River, Annapolis, the Oslo Accords – and also from Israel’s continued construction in East Jerusalem and the West Bank. Talks over the shape of a future Palestinian state mean little when settlers continue to carve up that state, creating their own “realities on the ground”.

Delay will also weaken the Palestinian Authority, already suffering somewhat from a crisis of legitimacy. Abbas’ term as president expired last year, after all, and municipal elections scheduled for this summer were postponed.

“Failure… is a threat to Abbas’ diminishing hold on power, his credibility. He’s basically kept in power by international support, and so is Fatah, and the PLO in general,” Dunne said.

These talks are viewed in many circles as a “last chance” for a two-state solution – and yet many also fear that they have failed before they even begin.

“There’s a difference between optimism and hope. There’s always a reason to hope things will eventually change,” Nir said. “But there’s not much of a reason for optimism right now.”