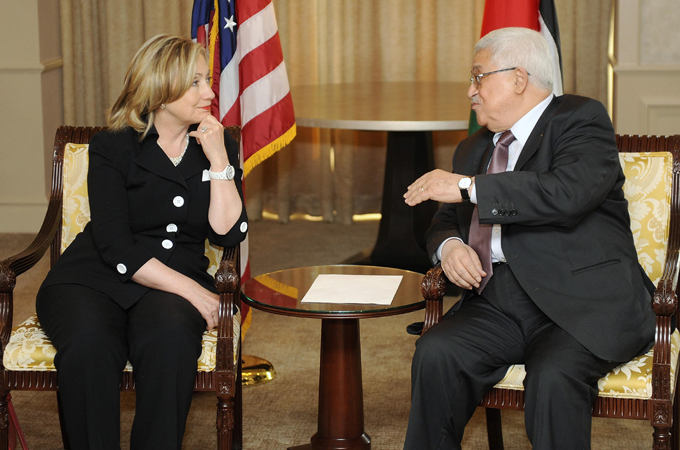 Hillary Clinton, the US secretary of state, has held one-on-one meetings with Mahmoud Abbas, the Palestinian president, and Benyamin Netanyahu, the Israeli prime minister, in advance of the first direct Israeli-Palestinian talks in more than 18 months.

Clinton also met on Tuesday the foreign ministers of Egypt and Jordan, whose leaders will attend talks in Washington later this week.

Netanyahu and Abbas will join Barack Obama, the US president, for a dinner on Wednesday night. They will hold formal negotiations on Thursday.

Top level talks in search of the elusive peace deal broke off in 2008 when Israel invaded the Palestinian Gaza Strip.

And there are few illusions that the new direct talks, after months of US-sponsored indirect negotiations, will overcome lingering Israeli-Palestinian divisions any time soon.

Huge issues, many unresolved since the creation of Israel in 1948, remain on the table including the status of Jerusalem, claimed by both sides as their capital, and the fate of Palestinian refugees chased from their lands.

Continued Jewish settlements in Palestinian territories are seen as a major hurdle to the peace process, with a 10-month Israeli freeze due to expire on September 26.

Mark Regev, a spokesman for the Israeli prime minister, told Al Jazeera that the talks must address security challenges.

“You cannot have peace without security, the two go hand-in-hand,” he said, citing a recent attack when Hamas fighters killed four Israeli settlers.

Regev acknowledged widespread “cynicism” and “scepticism” about the talks.

But he said: “It’s our job, the job of leadership, to prove the sceptics wrong and to change realities to create peace, to create the situation where there is a peaceful relationship between Israelis and Palestinians … a situation – of course – where Israel can defend itself, where Israel’s most vital interests are protected.”

Obama’s Middle East envoy George Mitchell, briefing journalists ahead of the talks, said the president’s one-year time frame to seal a deal was “realistic” despite the scale of the task.

“We believe these negotiations can be completed within one year,” Mitchell said.

“We will engage with perseverance and patience to try to bring them to a successful conclusion.”

But Abbas has threatened to walk out of talks if settlement construction resumes, and Netanyahu has vowed not to extend the moratorium.