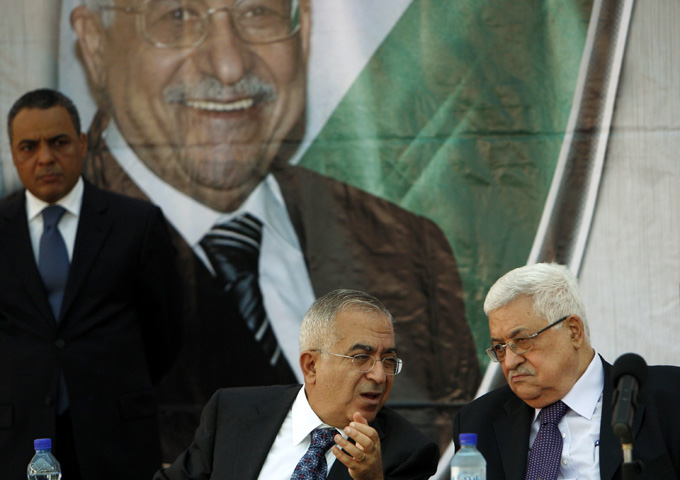 Salam Fayyad, the prime minister of the Palestinian Authority, has vowed to finish creating the institutions of a Palestinian state “within one year”.

Fayyad made the comments at a news conference in Ramallah on Monday, two days before Israeli and Palestinian officials are scheduled to meet in Washington for their first direct talks in more than 18 months.

The prime minister spoke little about the talks, focusing instead on his year-old state-building programme, which has been credited with helping to improve security and the economy in the West Bank.

“We urge our people to start working extra hard to achieve this vision in the second year of our government programme,” Fayyad said.

“The programme we have set seeks to transform Palestine from the idea of the establishment of a state to a reality on the ground that cannot be ignored.”

Fayyad did not announce new initiatives during his talk; instead, he called for the continuation of existing reforms, ranging from financial policy to youth employment.

“We aim to create a reality on the ground within six months which people will find difficult to ignore,” he said.

Fayyad also stressed the importance of democracy, pledging to create a “democratic system” that respects freedom of speech and civil liberties.

Palestinian democracy has been deeply troubled in recent months with the Palestinian Authority having postponed local elections scheduled for mid-July.

Meanwhile, Mahmoud Abbas, the president of the Palestinian Authority, continues to serve in office even though his term ended last year.

There have also been a number of incidents where civil liberties have been seen to come under threat.

Last week, a crowd of men, believed to be plainclothes Palestinian security personnel, broke up a non-violent Palestinian protest in Ramallah.

Demonstrators were upset with Abbas’ decision to resume direct talks with Israel.

Amira Hass, a columnist for the Israeli newspaper Haaretz, reported on Monday that Fayyad had condemned the incident during a private meeting – but declined to discuss it publicly.

Fayyad is also the force behind a West Bank boycott of goods produced in illegal Israeli settlements.

Renewed construction in those settlements will be one of the most contentious issues during talks in Washington this week.

The moratorium is scheduled to expire on September 26 and Netanyahu has vowed not to extend it.

“We made no proposals to the Americans on extending the freeze,” Netanyahu said on Sunday.

“We said that the future of the communities will be discussed as one of the elements of a final-status settlement … we promised nothing.”

Abbas delivered a televised speech on Sunday night in which he said Israel would be to blame if direct talks failed over renewed settlement construction.

“We support the need of Israel and our people for security, but this cannot be a pretext to justify settlement activities and taking away other people’s land and rights,” he said.