Four police commanders who participated in the raid on the bus have been suspended, and investigators are currently conducting ballistic tests on weapons from the raid to determine whether officers shot any hostages.

Aquino’s remarks came as police released the preliminary results of their findings, which showed that the rescue team did not hit any of the captives in the deadly chaos.

“We can say that with a certain degree of certainty,” senior superintendent Agrimero Cruz, a national police spokesman, said.

Cruz said the initial finding was based on witness accounts and testimony from the police involved in storming the bus, as well as the bullets found on the vehicle.

“We need further evidence from the trajectory exam and the ballistics exam,” he said, adding that the investigation was still ongoing.

“The crime lab is having a hard time comparing the specimen recovered from the bodies because there are mere metal splinters, but we are doing everything we can and in due time we can release the result of these ballistics exams.”

The nearly 12-hour hostage drama at a historic park in the capital stunned Filipinos, and delivered the first major crisis to Aquino less than two months into his six-year term.

Rolando Mendoza, a sacked police officer, took the busload of Hong Kong tourists hostage in a desperate bid to have himself cleared of extortion charges and get his job back.

Political rivals have accused Aquino’s new administration of poor management during both the siege and its aftermath.

The botched rescue has been widely criticised, particularly in Hong Kong, where all the victims were residents, and in China.

In Beijing, the Chinese foreign ministry pressed the Philippine government to complete investigations and release the results quickly.

“We believe that the most urgent task is to get clear investigation results of the incident as soon as possible,” Jiang Yu, a ministry spokeswoman, said in a brief statement on the ministry’s website.

In Hong Kong, business was halted in the bustling Asian financial centre for a three-minute tribute Thursday morning to the slain tourists.

Donald Tsang, Hong Kong leader, and hundreds of citizens bowed their heads
as both the Chinese and Hong Kong flags were raised and then lowered to half-mast in a downtown square.

Tens of thousands of pro-Beijing and opposition groups were also preparing for a weekend march to demand justice for the hostage victims.

“We will also demand that the Philippine authorities conduct a fair and independent investigation of the incident and have representatives from the Hong Kong government take part,” Cheung Man-kwong, a Democratic party lawmaker and one of the conveners of the rally, told the AFP news agency.

Meanwhile, the Philippine military said soldiers who are trained to deal with hostage situations were on scene during the hijacking but were not used by the ground commander.

Brigadier-General Jose Mabanta, a military spokesman, however could not say if the outcome of the hijacking would have been different if the squad was used instead of the police’s SWAT team.

He said the police accepted the offer of the specialist squad, but decided not to use it in resolving the hostage-taking.

“The Light Reaction Company, which we presented as a very viable alternate, is highly-trained, highly-equipped, standards coming from the US armed forces,” he said at a news conference.

“Its specialty is hostage-taking and release of hostages.”

Mabanta added that the specialist squads are used to fight the Abu Sayyaf group in the southern Philippines. 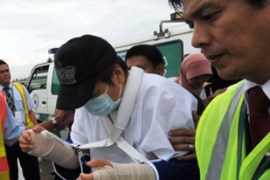 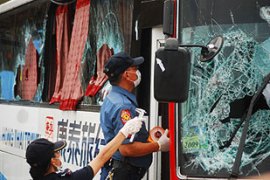 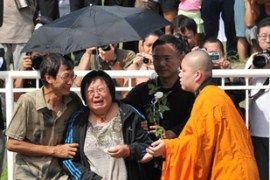 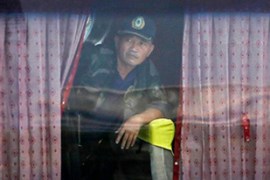