One proposal, he said, was to have villages report to the UN’s forward operating base at Kibua every day.

If the force did not receive a report, it will assume there was a problem and send a patrol to investigate, he told reporters at the UN headquarters by videoconference from Goma in eastern DR Congo.

Wednesday’s account by Meece is the most detailed of the UN’s actions since Monday’s report on the mass rapes.

Meece, a former US ambassador to DR Congo, said the UN peacekeeping force, known as MONUSCO, first received information on July 31 and the following day that combatants from the two rebel groups were moving in, but there was “no suggestion at this point of an attack, much less of … the mass rape in the villages in the area”.

He said two different UN patrols had stopped in Luvungi on August 2 and 9 but villagers had said nothing about the incidents of the preceding days.

“The first reports that we got of the widespread rape … was on August 12”, he said, from the International Medical Corps.

The following day a UN joint human rights and protection team was sent to the area to investigate.

“There is, of course, a significant amount of cultural baggage … associated with rapes in this area, as well as elsewhere,” Meece said.

The United States meanwhile has offered to back any effort in the fight against sexual violence in Congo.

The United Nations last year adopted a resolution recognising the importance of preventing and responding to sexual violence as a tactic of war against civilians.

In a statement on Wednesday Hillary Clinton, the US secretary of state, said her country will help any effort to bring to justice rebels accused in the mass rapes.

She said it was now time for member nations to go beyond that with specific steps to protect civilians against sexual violence and prosecute those who commit such atrocities.

“This horrific attack is yet another example of how sexual violence undermines efforts to achieve and maintain stability in areas torn by conflict but striving for peace,” Clinton said.

“The United States will do everything we can to work with the UN and the DRC government to hold the perpetrators of these acts accountable, and to create a safe environment for women, girls, and all civilians living in the eastern Congo.” 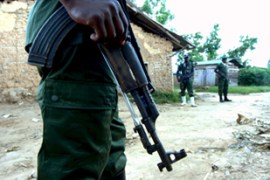 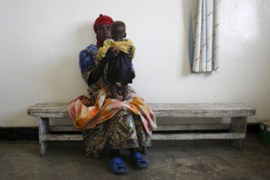 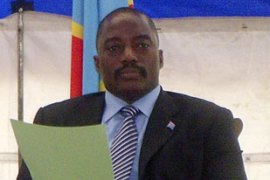 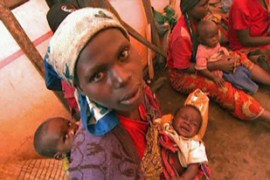