The crackdown is part of a plan announced in July by Nicolas Sarkozy, the French president, who has described Roma camps as sources of trafficking, child exploitation and prostitution.

But many politicians and human rights groups have accused France of stigmatising an already vulnerable group of people.

The move also appears to have backfired against Sarkozy, drawing criticism from the political right, the Catholic Church and a United Nations anti-racism panel, while also failing to boost his popularity in public opinion polls.

Valentin Mocanu, Romania’s minister for the Roma community warned on Thursday that the mass expulsions could “degenerate into racism”.

“Many people in Romania are worried that people can believe that it is possible to resolve the problem by actions that could degenerate into racism and xenophobia,” he said.

“We do not consider there is an excess of Romanian citizens today in France.”

Some 600 Roma have been repatriated to Romania and Bulgaria since the crackdown was announced in July, while more than 8,000 have been deported since the beginning of the year.

France has also called on the European Commission to force Romania to stem the flow of Roma leaving the country, suggesting it could block Bucharest’s entry to the Schengen border-free zone if it fails to do so.

But the Romanian government has questioned whether the repatriations comply with European law.

Mocanu and Dan Valentin Fatuloiumet, the Romanian security minister, met French immigration and interior ministers on Wednesday where they agreed to co-operate more closely on the issue.

A joint statement underlined “the will of the Romanian and French governments to better manage bilateral migratory flows, and to support the reinforcement of integration policies for disadvantaged populations”.

France’s population of Roma, mostly from Romania and Bulgaria, was estimated at around 15,000 before the expulsions began.

Citizens of Romania and Bulgaria, both EU member states, benefit from free circulation within the bloc.

But the French labour market is not fully open to them and if they do not have a job and lodging after three months they are required to leave the country.

France in Roma ‘threat’ to Romania

Paris may block nation’s entry to Schengen area if it does not limit emigration of Roma. 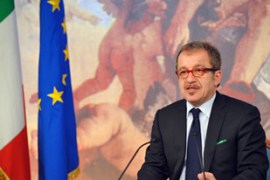 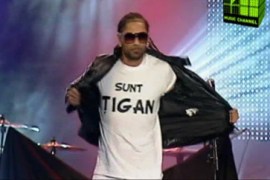