An estimated 74,000 people residing in high-risk coastal areas were evacuated before the storm hit, Nguyen Huu Nhung of Nghe An, a disaster official in Vinh, the Nghe province capital, said.

Officials in Ha Tinh province, south of Nghe An, said more than 14,000 people had been evacuated from coastal villages.

In total 4,000 homes have been damaged and 62,000 hectares of rice fields had been flooded, according to the government.

Mindulle blew roofs from buildings, and knocked down trees in Vinh.

The storm caused the damage after strengthening over the South China Sea, reaching winds of 117km per hour.

Meteorologists said Mindulle would dissipate later on Wednesday, and it has been downgraded to a low depression.

The third tropical storm of the year made landfall Tuesday afternoon in Nghe An and Thanh Hoa provinces. 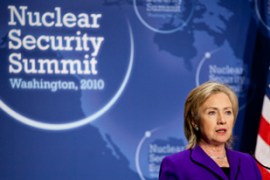 US ‘in nuclear talks with Vietnam’

A proposed deal would allow Hanoi to enrich its own nuclear fuel, reports say. 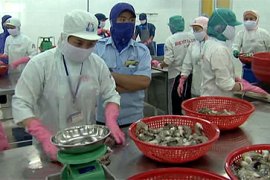