Colonel Joli Limengo, the chief of police, said 19 bodies had been recovered from the crash site.

The cause of the crash was not immediately clear, but some reports suggest the jet  had run out of fuel after being unable to land at Bandundu city airport.

However, according to Omalanda, there is “no confirmation that a fuel shortage is to blame for the cause of the crash”.

“We will wait for the final report into the crash before drawing conclusions,” he said.

The Democratic Republic of Congo has one of the world’s worst air safety records.

The Let-410 aircraft, a Czech-made short-range twin turboprop that normally carries up to 19 passengers, was operated by Filair, a private Congo company, and was en route to Bandundu from Kinshasa, the capital of the DR Congo.

DRC’s aviation sector, which is littered with ageing Soviet-era aircraft, is generally viewed as being in a chronic state of disrepair and crashes are frequent.

All of DRC’s 50-odd registered airlines have been placed on a European Union blacklist, banning them from flying into European airspace. 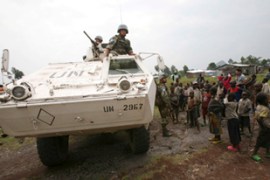 Ceremonies across the country celebrate end of Belgium’s colonial rule in 1960. 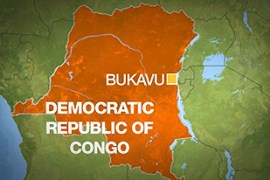 Wreckage of light aircraft carrying 17 passengers found with no survivors. 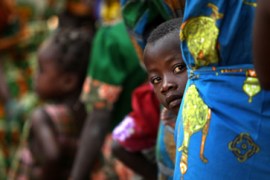 Watch a selection of previous Witness documentaries from Africa.