“As the August presidential election approaches, the government is organising a tightly controlled and monolithic electoral campaign in which all sources of criticism are being suppressed,” Reporters Without Borders said in a statement on Friday.

“This undertaking seems to have culminated in the ambushing and murder of this renowned journalist.”

The allegations came as a leading challenger to Paul Kagame, the incumbent president, said she had been barred from standing in August’s election by Rwanda’s electoral commission.

Victoire Ingabire has been barred for allegedly denying the 1994 Rwandan genocide.

Further heightening fears of a crackdown has been the recent attempt on the life of a former senior Rwandan military commander in South Africa.

Lieutenant General Kayumba Nyamwasa and his wife were returning home from shopping in northern Johannesburg when a lonegunman fired on him.He was shot in the stomach and is expected to recover.

Nyamwasa’s wife has accused Kagame in the shooting, a charge the Rwandan government denies.

Nyamwasa and Kagame were once allies but have fallen out, reportedly because Kagame sees his former military chief as a political rival. Nyamwasa came to South Africa earlier this year.

Human rights groups have criticised the government for planning the August polls while no significant opposition to Kagame’s ruling Rwandan Patriotic Front (RPF) is in place.

Those opposition parties looking to establish themselves have complained of legal and administrative barriers to registration for the August 9 poll and harassment.

Kagame submitted his papers on Thursday to run in the election.

In a statement on Friday, the opposition FDU-Inkingi, headed by Ingabire, and the Democratic Green Party said Rwanda’s government prevented them from registering their parties and exercising their political rights.

“The ruling party, RPF, has indeed shown to the Rwandan people and the international community that it is too scared to compete with the real opposition and has rather resorted to getting stooge candidates to compete with,” the statement signed by Ingabire and Green Party leader Frank Habineza said.

The government has been lauded by the international community for progress in women’s rights and economic growth, but analysts say Kagame’s government
does not tolerate dissent.

About 800,000 Rwandans, mostly ethnic Tutsis and moderate Hutus, died in the 1994 genocide. 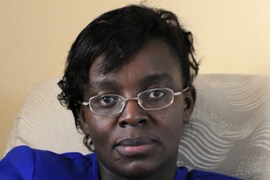 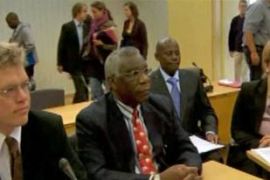 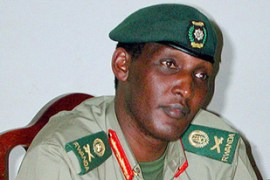 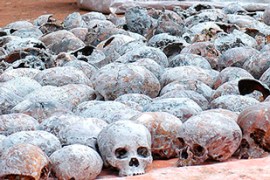