Asked by Robert Patterson, a US district judge, whether he understood the charges, the defendant replied, “Yes, sir.”

Frank Doddato, Coke’s lawyer, told reporters that the defence team would fight the charges and not even concede “the time of day” to the prosecution.

Coke, the alleged leader of the so-called “Shower Posse” gang, was captured by police at a road checkpoint on the outskirts of Kingston, Jamaica’s capital, on Tuesday.

He agreed to be extradited to the US on Wednesday.

Before his capture and extradition, Jamaican security forces battled his armed supporters in the Tivoli Garden slums of the capital.

In a statement released to the news media – his first public comments since the US requested his extradition in August – Coke said he was deeply saddened by the lives lost in the fighting.

Coke’s statement said he hoped his agreeing to be extradited would help Jamaica heal.

“I take this decision for I now believe it to be in the best interest of my family, the community of western Kingston and in particular the people of Tivoli Gardens and above all Jamaica,” he said.

He expressed confidence that he will be found innocent and allowed to return to his family in Jamaica, saying he was leaving his mother in particular with a heavy heart. 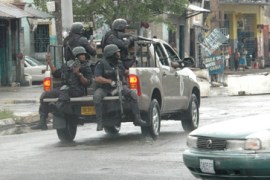 An alleged drug kingpin with high-level political links in Jamaica. 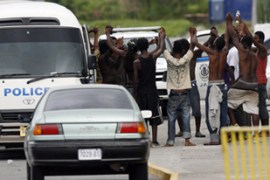 At least 73 people have been killed as police hunt alleged drug kingpin in Kingston. 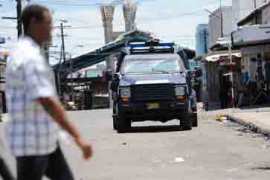 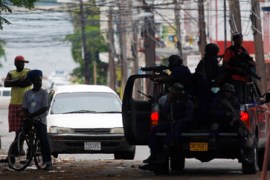 Author of award-winning “The Dead Yard: A story of Modern Jamaica” speaks to Al Jazeera.