“The Civic Democrats, TOP 09 and Public Affairs … express a shared will to create a coalition for a government of fiscal  responsibility and rule of law,” said Petr Necas, the Civic Democrats’ interim chairman and one of the contenders to become prime minister.

Any new premier needs to be designated by Vaclav Klaus, the Czech president, who said on Monday he would hold-off the step until after talks between the parties.

TOP09 was formed a year ago, mostly by defectors from the Christian Democrat Party, shortly after a centre-right cabinet fell in the middle of its term as European Union president.

It is led by Karel Schwarzenberg, a 72-year-old aristocrat and former foreign minister, who has a high reputation for personal integrity and has not been tainted by any corruption scandals.

Public Affairs was founded in 2001, but its activities had been largely confined to Prague city politics until this election.

The new government will replace a non-partisan caretaker team that has been running the Czech Republic since the toppling of an ODS-led centre-right coalition midway through the Czech presidency of the EU. 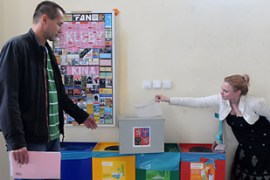 President says centre-right rule of three parties is only option for new government. 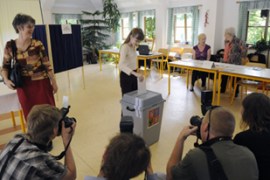 Country poised to get most stable government in many years as old parties’ dominance ends. 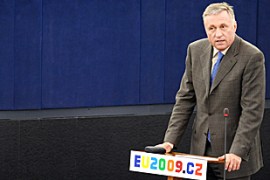 Two-day general election aims to end more than a year of political limbo.