A court in Egypt has ruled in favour of the government’s decision to ban students from wearing the face veil (niqab) while taking university examinations.

But female students who had appealed the ban when it was originally imposed by the government last October have vowed to appeal the verdict.

The students said the ban on niqab infringed on their religious rights.

“We had never hoped to see such a verdict issued by our fair Egyptian judicial system. Our rights are being raped. What freedom would we have after this? Where is freedom in Egypt?,” one student told Al Jazeera after Sunday’s verdict.

Nizar Ghorab, the lawyer of the students, said the ban “supports rape and sexual harassment”.

“It forces a woman to expose part of her body she doesn’t want exposed. It is soul-crushing for these women,” he told Al Jazeera.

The government said it banned the niqab in part because students, male and female, were attending exams disguised as other candidates by wearing a face veil.

Sunday’s administrative court ruling will not necessarily be definite because such cases can be appealed and refiled many times in Egypt’s legal system.

“We will hold on to our right and we will go to a higher court. They claim we are the ones who are backward, then they turn around and ban us from our education,” a student told Al Jazeera.

Some of the students were in tears at the news but vowed they would not be fazed or put off by the decision.

“I will go to my exams anyway, and if they prevent me from entering and expel me, I swear by God, I will never forgive this,” another student said.

“I swear, I will sue every person who prevents me from sitting my exams. I will never take off my niqab. Never.”

Full facial cover was also outlawed from the dormitories of public universities in October but the court overturned that ban in mid-December saying it violated the constitutional right of freedom to practice faith.

The number of women wearing various grades of hair- and face covers have increased in Egypt in recent years, and so has the controversy around the garb.

Al Jazeera’s Rawya Rageh, reporting from the Egyptian capital, Cairo, said the trial reflected a divide in the Egyptian society

“It highlights the intensifying divide between the government’s brand of moderate Islam and a population increasingly turning to stricter interpretations of the religion.

“For some, covering up has even been a tacit defiance against the system.”

In 2007, a court ruled that the American University in Cairo, seen as a bastion of Western liberal education in Egypt, was wrong to bar a female scholar from using its facilities for wearing a niqab. The court cited personal and religious freedom as grounds for its ruling.

A majority of Islamic scholars say they believe wearing a headscarf is a must, while few consider the niqab obligatory. 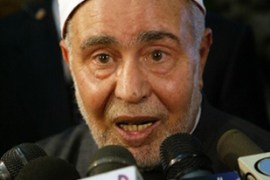 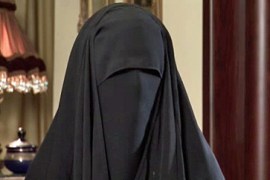 This week we talk to women about the sometimes divisive issue of the veil. 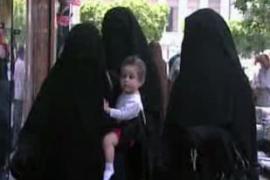 Ruling says decision to wear niqab is a matter of personal and religious freedom.