“Perceiving a threat when the vehicle approached once more at an increased rate of speed, the patrol attempted to warn off the vehicle with hand signals prior to firing upon it,” Nato said in a statement.

“Once engaged, the vehicle then stopped.”

The driver of the bus, who escaped unhurt, said he was about 70 to 100 metres away from a military convoy when the shooting began.

“They opened fire at us and I fell unconscious. The people who were killed were sitting in the seats just behind me,” he told the AFP news agency.

Nato and Afghan authorities declined to identify the international forces involved by nationality, although several Afghans said they were American.

Many Afghans took to the streets of Kandahar city after the shooting, blocking the main highway out of the city with burning tyres.

They chanted “Death to America” and called for the downfall of Hamid Karzai, the Afghan president.

“The Americans are constantly killing our civilians and the government is not demanding an explanation,” Mohammad Razaq, a local resident, said.

“We demand justice from the Karzai government and the punishment of those soldiers responsible.”

Kandahar is the target of a mass offensive planned by Nato-led forces in coming months.

Haroun Mir, a founder of the Centre for Research and Policy Studies, a think-tank based in Kabul, said the Nato shooting will spark more resentment from the Afghan people at a time when international forces need their support.

“[With] the upcoming military operation in Kandahar, the US military is making an enormous effort to win people’s hearts and minds and this incident will contradict all their efforts,” he told Al Jazeera.

“This will be a difficult task for the US military to show to the Afghan people that they are trying to protect civilians.”

Four intelligence agents and six civilians, including a teacher at a nearby school were injured in the attack, Zelmai Ayubi, a provincial spokesman said.

Al Jazeera’s Qais Azimy, reporting from the Afghan capital of Kabul, said armed men equipped with a suicide vest tried to enter the headquarters of the intelligence office.

“Police said one of the gunmen detonated himself,” Azimy said.

Azimy said the Taliban claimed responsibility for the attack, saying it was targeting specific officials at the intelligence office.

In another development, the Taliban renewed a threat to kill two French journalist hostages unless a prisoner exchange was organised.

Newly released video apparently showed the hostages reading out a Taliban demand for their captured fighters to be released.

“If those involved in this issue do not show swiftness and urgency, the life of the French will face danger,” a Taliban statement shown at the end of the video said.

Herve Ghesquiere, 47, and Stephane Taponier, 46, were abducted with their Afghan  translator, an editorial fixer and a driver on a road in eastern Afghanistan on December 30.

A first video was released in mid-February. The Taliban has called on France to arrange an exchange of prisoners held by US and Afghan authorities in return for the journalists. 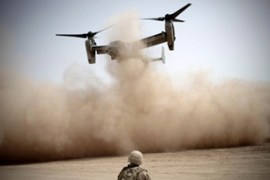 US troops killed in Afghan crash

Four dead and several injured after US helicopter crashes in Afghanistan. 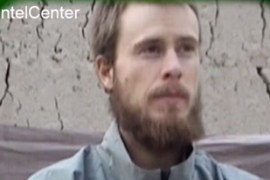 US soldier shown in Taliban video

Bowe Bergdahl makes an emotional appeal for his release. 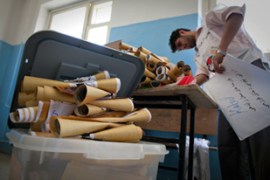 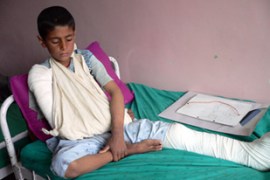 Three women and two men were killed during night raid in Paktia province in February.