The civil penalty announced on Monday is the largest ever sought by the US transportation department, and marks the first official finding that the world’s number one car manufacturer violated US safety regulations.

Under US law Toyota has two weeks to decide its response and can appeal the penalty.

“We now have proof that Toyota failed to live up to its legal obligations,” Ray LaHood, the US transportation secretary, said in a statement.

“Worse yet, they knowingly hid a dangerous defect for months from US officials and did not take action to protect millions of drivers and their families.”

The National Highway Traffic Safety Administration (NHTSA) has said it is continuing to investigate the Toyota recalls, including one in October 2009 involving floor mats that can jam the accelerator pedal and cause uncontrolled acceleration.

The NHTSA said additional fines were possible if warranted by the investigations.

In a statement the agency said car makers were “legally obligated to notify NHTSA within five business days if they determine that a safety defect exists”.

The sudden acceleration problem has been blamed for more than 50 deaths in the US.

In a statement, Toyota said it had not yet received a letter from the NHTSA but added that it was taking steps to rectify failings.

“We have already taken a number of important steps to improve our communications with regulators and customers on safety-related matters as part of our strengthened overall commitment to quality assurance,” the company said.

“These include the appointment of a new chief quality officer for North America and a greater role for the region in making safety-related decisions.”

Despite the recall crisis, in February Toyota announced that its worldwide profit for the last quarter of 2009 had risen to $1.7bn.

In recent months the company has recalled more than eight million cars worldwide, including around 2.3 million in the US, over several problems including the sticking accelerator pedal which caused cars to speed out of control.

In March, the US government announced a series of investigations into the causes of “unintended acceleration” in Toyota and other brands of cars, calling in engineers from Nasa, the US space agency, to help. 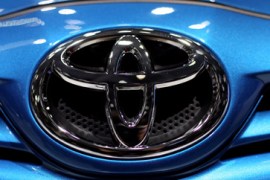 Millions of car owners seek compensations over faulty parts in a federal court. 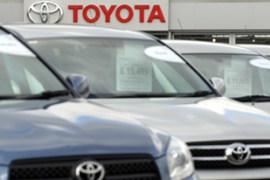 Fall in sales due to mass safety recalls forces suspension of production. 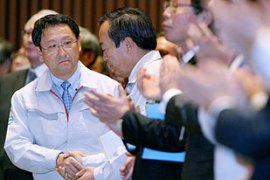 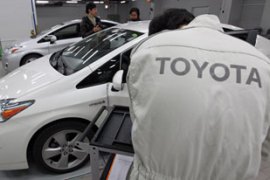