Separately, a bomber detonated an explosives-laden vest in Baab al-Muadham, in the centre of the city, killing four soldiers.

The country remains on high alert as the rest of the population go to the polls on Sunday.

The early voting period is designed to allow security personnel, medical staff and prisoners with less than five years left in jail a chance to vote ahead of the nationwide election.

On polling day itself, more than 200,000 security officers will be on duty in Baghdad.

Security has been tightened across Baghdad, following Wednesday’s bomb attack in the town of Baquba,which killed 29 people.

Al Jazeera’s Anita McNaught, reporting from Baghdad, said the election could be seen as a security test for the country.

“They say they are doing what they can, but if someone is determined to push their way through a crowd and they have no intelligence on them, it really is that anonymous face you can’t anticipate in advance.

“No one is making excuses for this, but they are hoping they’ll prevent more of these attacks from happening.”

On Thursday, Nidhal, a nurse at Baghdad’s Abid al-Haitham hospital, would not reveal the name of the candidate she had voted for, but hinted that “he is secular”.

Her finger bore an ink stain, indicating she had cast her ballot.

“I hope deep down in my heart that he will win, because Iraq cannot be governed by Islamists and we need a saviour.”

Almost 19 million Iraqis, from a population of 30 million, are eligible to vote at 10,000 polling stations around the country, with 6,200 candidates standing for the 325 seats in parliament.

Iraqi expatriates will begin voting in 80 cities across 16 countrieson Friday, a process that will continue until Sunday.

Al Jazeera’s Mike Hanna, reporting from Baghdad, said the vote is seen as a pivotal moment in Iraq as the US prepares to withdraw large numbers of troops by 2011.

“This is a very significant vote; it is the closest to a truly representative process since the US-led invasion [in 2003],” he said.

More than 6,000 candidates will be competing for 325 seats in the election.

Travel around the country has been restricted and the authorities have cancelled all leave for security services.

The election winners will oversee the withdrawal of US forces from the country and help determine whether Iraq will be able to move past the deep Sunni-Shia divisions that almost destroyed it.

Five years ago, Iraq’s Sunni Arabs boycotted the legislative election,allowing Shia and Kurdish parties to take control of parliament, but Sunnis are now expected to take part in large numbers. 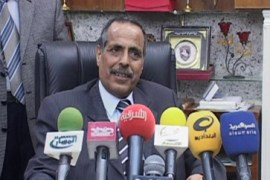 Months after surviving a suicide attack, Anbar official insists nothing will deter him. 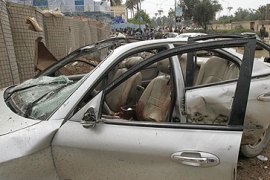 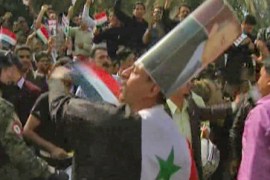 Voters to choose specific candidate and political movement under changed rules on March 7. 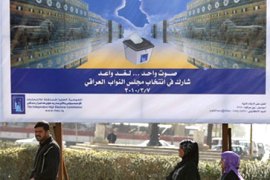 Nearly 19 million Iraqis will be eligible to vote for the second parliament since 2003.