A former chemistry teacher, Umaru Yar’Adua was elected to the Nigerian presidency in May 2007.

He was backed by Olusegun Obasanjo, Nigeria’s then leader, as the People’s Democratic Party’s presidential candidate and his election marked the first time in Nigeria one civilian leader had taken over from another.

There had been concerns Obasanjo would continue to pull the strings, but as president Yar’Adua has proved to be his own man.

But much of the focus during his presidency has been on his poor health, culminating in November 2009 when he was flown to Saudi Arabia to be treated for acute pericarditis, a condition linked to his heart.

He was absent form Nigeria for three-months, leading to a near constitutional crisis.

While he was receiving treatment in Saudi, Goodluck Jonathan, his vice-president, was installed as a caretaker.

Even before he was hospitalised with heart problems, Yar’Adua had suffered a serious kidney complaint.

In the build-up to elections, it was said that he was seriously ill – a rumour he tried to dismiss by challenging his critics to a game of squash – and he unexpectedly interrupted his campaign to seek medical care in Germany.

It is said that Yar’Adua’s health has prevented him from holding effective office.

While he has made some headway on Nigeria’s conflict with fighters in the Niger Delta, other plans have slipped behind including his promise to ramp up power generation in a country frequently hit by blackouts.

His detractors have dubbed him “Baba-go-slow” as a result.

Born in Kasina town in August 1951, Yar’Adua is a devout Muslim whose family has been heavily involved in Nigerian politics.

His father was a minister in the first post-independence cabinet and his late elder brother was number two in Obasanjo’s military government from 1976 to 1979.

Yar’Adua was elected state governor of Katsina, a poor agrarian state in Nigeria’s semi-arid far north, in 1999 and re-elected in 2003.

He presided over the state for eight years, a period during which he is said to have carefully managed state finances, improved the road network and built schools.

But Yar’Adua failed to deal with the state’s water shortages or ensure food security. Also, his critics say a number of lucrative building contracts were given to his friends and relatives, accusations that he denies. 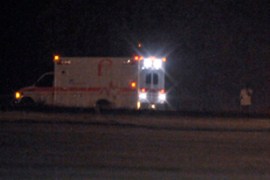