No group claimed responsibility, but Khan said the dead included fighters from Lashkar-e-Islam, an insurgent group in Khyber that has clashed with another armed group known as Ansarul Islam, both of whom espouse Taliban-style ideologies.

Khyber is part of Pakistan’s tribal belt on the Afghan border where Taliban and al-Qaeda-linked fighters have carved out strongholds, in what the US calls the most dangerous region on earth.

Holbrooke’s trip to Pakistan is his eighth in a year, and, in a sign of warming ties, plans to return next month with Admiral Mike Mullen, the chairman of the US military’s joint chiefs of staff.

Speaking to reporters after a meeting with Yousuf Raza Gilani, Pakistan’s prime minister, Holbrooke lauded the capture of Mullah Abdul Ghani Brader, the top Afghan Taliban military strategist, this month, as US forces spearhead one of Nato’s biggest offensives against his group.

“It is significant in and of itself. Very significant,” Holbrooke told reporters.

“It represents another high-water mark for Pakistani and American collaboration.”

Pakistani and US agents picked up Brader, the most senior Taliban commander ever arrested in Pakistan, in a raid in the southern city of Karachi.

Barack Obama, the US president, has called on Pakistan to take stronger action against fighters in the region as the US pours 30,000 more troops into Afghanistan to battle al-Qaeda and the Taliban.

But speaking in Belgium, Shah Mehmood Qureshi, the Pakistani foreign minister, said Brader’s arrest was not a result of US pressure and it showed the sincerity of its fight against terrorism.

Brader’s arrest comes as momentum builds for talks with the Taliban to end a war Western commanders say they cannot win militarily. 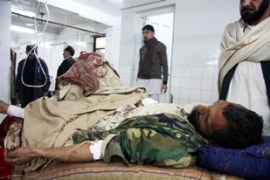 Lashkar e-Islam commander said to be among victims of attack in country’s northwest. 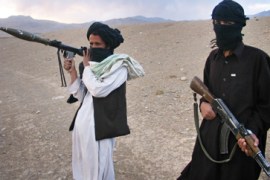 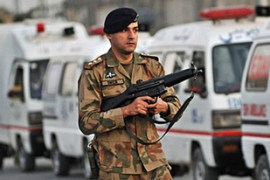