Al-Hussein refused to pay, preferring to go to jail as a means of challenging Sudan’s public order act.

Al-Hussein, a former reporter working for the United Nations at the time of her arrest, said she believed there had been political pressure to free her and bring an end to the case, which has brought attention from media and rights organisations worldwide.

Mohieddin Titawi, the chairman of the journalists’ union, said his group had paid the fine because it had a responsibility to “protect journalists when they are in prison”.

Al-Hussein was arrested during a raid at a restaurant in Khartoum in July for wearing a pair of green slacks which she later wore in the court hearings.

Ten other women arrested along with al-Hussein have already been whipped for their offence.

Al-Hussein and two others decided to appeal in protest of Article 152 of the Sudanese penal code, which decrees up to 40 lashes for anyone “who commits an indecent act which violates public morality or wears indecent clothing”.

Al-Hussein has said her clothes were respectable and that she did not break the law.

She has also said Article 152 “is both against the constitution and sharia [Islamic law]” and that nothing in the Quran says that women should be flogged over what they wear. 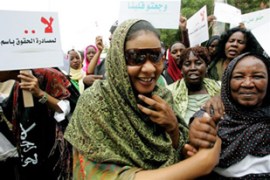 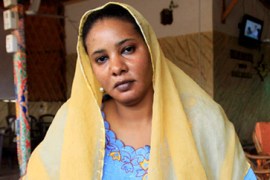 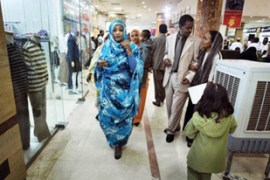