“The president said he would study the proposal and decide whether to sign the decree according to constitutional principles, and I await his final answer,” Hariri said.

But a senior source from the opposition told the Reuters news agency: “We will not deal with this proposal because we know nothing about it.

“As far as we are concerned, it does not exist and we will have nothing to do with it.”

General Michel Aoun, who leads the Free Patriotic Movement, the main Maronite Christian partner to Hezbollah, said that he expected Sleiman to reject the list.

Saad Hariri, the son of assassinated former prime minister Rafiq Hariri, was named prime minister on June 27 after the March 14 alliance won the general election over Hezbollah and its allies.

But parties have since struggled to agree on who will lead key ministries such as foreign affairs, finance, the interior and telecommunications.

A source from the March 14 told the AFP news agency that Hariri’s list did not meet the demands of Aoun, whose party holds 27 of the Hezbollah-led opposition’s 57 seats in the 128-member parliament.

Aoun has repeatedly called for Gebran Bassil, the current telecommunications minister, to be kept in the cabinet, but March 14 has refused.

The former Lebanese army chief also seeks four of the seven cabinet posts reserved for Maronite Christians under Lebanon’s confessional system to be granted to the FPM.

But Hariri’s proposal gave Aoun only three of the four Maronite Christian ministerial posts he wants and did not include Aoun’s son-in-law as a minister, a March 14 source told AFP.

Hariri’s “formula includes all parties but does not grant Aoun the interior and telecommunications ministries,” the source said.

Hariri has instead proposed to keep Ziad Baroud in his current post as interior minister and has given the telecoms ministry to a close ally, political sources said.

Fouad Siniora, the outgoing prime minister and a member the March 14 alliance, will lead a caretaker cabinet until Sleiman appoints the new cabinet. 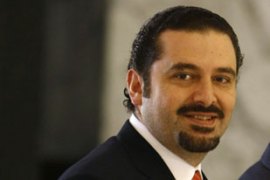 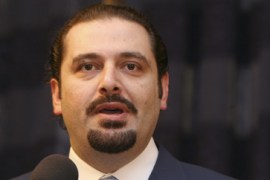 Businessman turned politician has big task ahead of him as he becomes Lebanon’s PM. 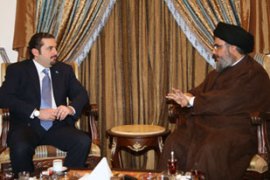 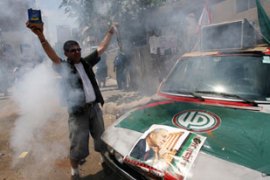 Amal leader to serve fifth term after backing from politicians of rival coalition.