The piece of space junk involved is part of a booster from a European Ariane-5 rocket launched in 2006.

Tens of thousands of pieces of space junk – from abandoned rockets to spanners dropped by clumsy astronauts – are orbiting the Earth.

Travelling at high velocity, they post a potentially deadly threat to space craft and spacewalking astronauts.

According to the Nasa website the oldest piece of space debris being tracked is a sphere about 15cm in diameter launched in 1958.

Nasa has frequently had to alter the orbit of the shuttle and the space station to avoid potentially dangerous collisions.

Pieces of uncontrolled space junk sometimes stray from their anticipated orbit, adding to concerns over the latest potential threat posed by the Ariane rocket remains.

According to Nasa officials the object’s oval-shaped orbit – stretching as far out as 32,185km – makes it especially difficult to monitor.

The space agency has said any necessary to move shift the station to a higher orbit in order to dodge the orbiting debris would not happen until early Friday.

The station is currently flying 354km above the planet. 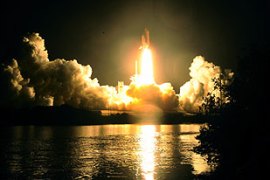 Mission to supply the International Space Station had been delayed three times. 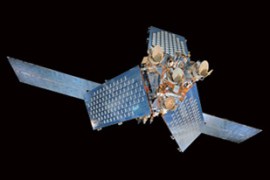 US and Russian satellites collide