Al Jazeera’s correspondent in Nairobi, Andrew Simmons, reports that even though little reform has taken place since the December 2007 riots that killed a thousand people, the US move has been received badly.

“There really is a question mark here over how the policy is going to work out … so far, ministers and their spokesman have said they do not respond to ‘activism diplomacy’.”

Washington, one of Kenya’s principal lenders, has persistently criticised Kenya for not taking action against perpetrators of post-election violence in 2007.

Mwai Kibaki, the president, and Raila Odinga, the prime minister, signed a power-sharing deal in February 2008 to end the violence, which was further driven by frustration over poverty and corruption.

The power-sharing deal also contained clauses on constitutional, judicial and other reforms, which have not been implemented.

“It’s a growing sense of frustration, at the highest levels (in Washington), that despite the rhetoric, and commissions and talk and all that, not much has happened,” Ranneberger said on Friday.

Alfred Mutua, the Kenyan government spokesman, told The Associated Press that Kenya does not “respond to activism diplomacy”. 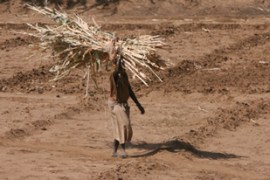 At least 24 killed in clashes sparked by cattle raid in drought-stricken north. 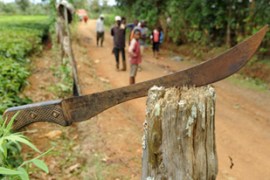