“How can one conceive holding negotiations without agreement on the terms of reference and the objective and goal of these negotiations that the whole world has unanimously agreed upon?”

His speech came a day after Binyamin Netanyahu, the Israeli prime minister, addressed the General Assembly, accusing the world body of bias towards the Palestinians.

It also followed a meeting on Wednesday between  Barack Obama, the US president, Netanyahu and Abbas, during which the Israeli PM refused to yield to Abbas’s demand to halt settlement building as part of the road map for peace.

The road map is a 2003 peace plan presented by mediators of the Quartet – the UN, EU, US and Russia – to Palestinian and Israeli leaders.

Nour Odeh, Al Jazeera’s correspondent in Ramallah in the occupied West Bank, said that Abbas’s speech was in many ways a response to Obama and Netanyahu’s speeches at the UN.

“It was a clear outline of the Palestinian position on ending the conflict and a demand to stand by Obama’s word on respecting international law and applying that to the Palestinian question.

“Abbas focused on settlements and Gaza – on Palestinian rights as per international law.

“He answered in many ways the talk about dropping the settlement freeze demand in speaking about the need to define the framework and principles of future negotiations.”

Fares Braizat, a research director at Qatar University, said: “The speech, unlike Netanyahu’s speech, was about stating the facts of the Palestinian aspirations.

“This kind of a speech is the legitimate thing to do for a president that is trying to find a solution to the Palestinian problem.

“Many observers have said that Abbas should not have met with Netanyahu … it was understood to be a concession without getting anything back. Although it was seen on another perspective as something that is helping Obama to get the Israelis moving on the peace process.

“However, we have not seen any progress made. 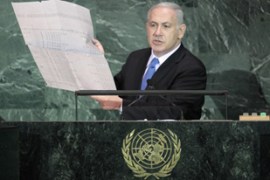 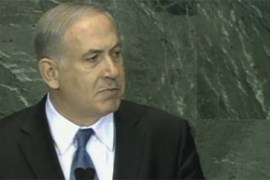 Israeli PM attacks “tryants of Tehran” in a speech to the UN General Assembly. 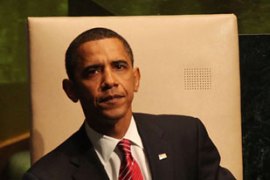 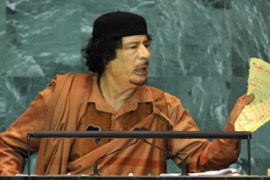