“At this point, I think President Obama must convey to the world that one side is undermining efforts to resolve the peace process,” he told Al Jazeera on Sunday.

“This meeting is not about resuming negotiations. I don’t think we will come out of this meeting with Netanyahu agreeing to resume negotiations or stop settlement expansion.”

Talks have been stalled since Israel launched an offensive in the Gaza Strip last December and Abbas has repeatedly said that they will not restart until Israel commits to a complete freeze of settlement building in the occupied West Bank and east Jerusalem.

He said that the three-way meeting planned for Tuesday showed Obama’s “deep commitment to comprehensive peace”.

Al Jazeera’s John Terrett, reporting from Washington DC, said: “The general assumption was that George Mitchell was flying back to Washington a failure.

“After half a dozen trips to the Middle East he had failed to secure a trilateral meeting at the UN General Assembly next week.

“I suspect the Americans would have preferred to keep the drama going right the way through the opening stages of the General Assembly and out late as Wednesday or Thursday.”

Netanyahu has repeatedly refused to commit to either a permanent stop to settlement expansion, as demanded by the Palestinians, or the year-long halt that Washington was believed to be calling for.

Instead he has suggested that Israel could be prepared to stop building new settlements for six months while negotiations resume.

Maen Areikat, head of the Palestine Liberation Organisation (PLO) mission to the US, said that no conditions had been attached to Tuesday’s planned talks.

“We haven’t laid down any conditions. We have been asking all along for all parties to meet their obligations,” he told Al Jazeera from Washington DC.

“We Palestinians feel that we have met a lot of our obligations under previous commitments and agreements and phase one of the road map [for peace].

“Israel so far has failed to meet any of their obligations.”

Areikat said that the efforts of the Obama administration were encouraging but “we will have to see what kind of discussions we will have on Tuesday”.

But Akiva Eldar, the chief political columnist for Israel’s Haaretz newspaper, said that it was Abbas that would be under pressure going into the meeting.

“He can’t afford to go home empty handed again, and what I mean by empty handed is without a full commitment from the Israelis to stop all the operations in the settlements,” he said.

“[Netanyahu] can come out of the meeting with President Obama and can say something such as ‘we have agreed on some formula that will allow the settlers, especially those in Jerusalem, to maintain a normal life’.”

More than 500,000 Israelis live in settlements on land occupied by Israel following the 1967 war, land that the Palestinians see as vital to any future independent state.

Chuck Freilich, a former Israeli national security adviser currently with the Kennedy School of Government at Harvard University, told Al Jazeera that the Palestinians’ demand for a total end to all settlement building was ultimately impossible.

“The demand that there be a total and complete Israeli freeze not only in the West Bank as a whole, but including Jerusalem, was an unrealistic demand,” he said.

“No Israeli prime minister could have agreed to that.”

Speaking at prayers in Gaza for the Muslim holiday of Eid al-Fitr, Haniya said “it does not obligate the Palestinian people to anything”. 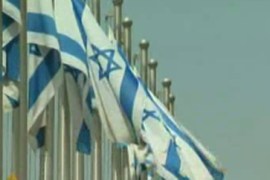 Israel stands to benefit from the US decision to alter its missile shield plan. 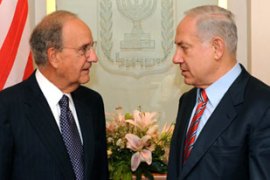 US fails to make peace breakthrough 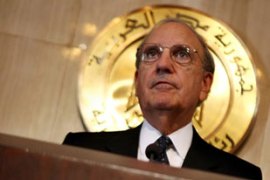 No middle ground found after shuttle diplomacy by US envoy, Palestinians say. 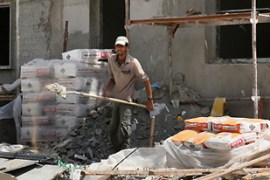