Muntizar Hassan, a police officer, said that Kazmi had survived the attack but that his driver had been killed.

Kazmi was said to have been shot in the leg. A bodyguard was also wounded in the attack.

Kazmi, who belongs to the Barelvi sect of Sufi Islam, has been a vocal critical of the Taliban in Pakistan.

The Pakistani army launched a campaign in April to clear Taliban fighters from Swat and Buner, two valleys a few hours drive from Islamabad. 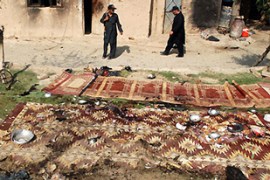 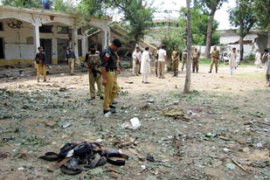 At least 12 recruits die in attack in the Swat valley city of Mingora.