But fighting off the attacks ahead of the first round of voting, Hosni insisted his comment was part of an angry exchange with supporters of the Muslim Brotherhood and was taken out of context.

He told France 24 television he had been referring only to “Israeli books that insult Islam,” which he had been accused of tolerating.

But he is also behind efforts to rebuild an crumbling old synangogue in Cairo, Egypt’s capital.

At Unesco headquarters in Paris, supporters hailed Hosni as “a man of peace” who would improve ties with Muslim countries.

Envoys to Unesco started voting on Thursday for a successor to Japan’s Koichiro Matsuura as director-general, with Farouq Hosni, Egypt’s culture minister for 22 years, seen as the frontrunner.

Hosni nevertheless held a comfortable lead over his three nearest rivals in the second round 23 votes, according to a diplomat.

All nine candidates are allowed to run in the second, third and fourth rounds but if it goes to a fifth round there must only be two.

The incumbent director general, Japan’s Koichiro Matsuura, is to end his term at the end of November.

The UN agency is mandated to promote global understanding through culture, education and science. 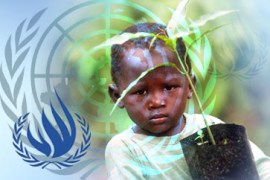 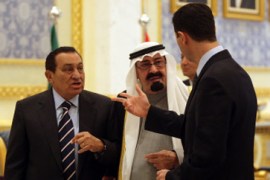 The end of the Arab Cold War?

Arabs eye the beginning of a new political era with cautious optimism. 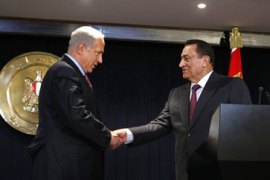 Are the two governments trying to score points with the new US administration?