Venezuela announced last Saturday that it had also signed a similar deal with a Russian consortium during Chavez’s recent visit to Moscow.

The deal will see the group of five Russian companies invest more than $20bn over three years, and gives them rights to drill for oil in the Junin 6 field, which is estimated to hold 53 billion barrels of heavy crude.

“Adding both [the Russian and Chinese investments] it comes to $36bn for the next three years with the objective of producing in a partnership with Venezuela – with PDVSA holding most shares – 900 thousand barrels per day of crude, nearly a million,” Chavez said.

“This good crude will be negotiated along with the Russians by Russian companies and Chinese companies.”

Venezuela says it has proven oil reserves of about 142.3 billion barrels, but some experts estimate that the Orinoco basin could hold an additional 235 billion barrels.

Venezuela, the world’s 11th-largest oil producer, relies on its vast reserves for 93 per cent of exports and nearly half the government’s budget.

But this has been hit as world oil prices have fallen 50 per cent from last year’s peak, to trade at $72.51 a barrel on the New York Mercantile Exchange on Wednesday. 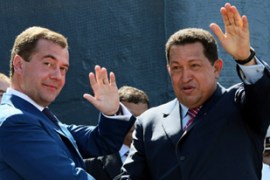 Chavez looks to Russia for help in starting a nuclear energy club. 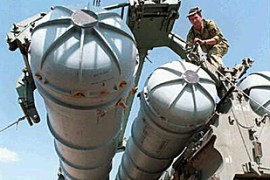