All members of the 69-seat house voted for the bill, although some moderate Democrat Party parliamentarians earlier voiced opposition to it.

However, the bill has been heavily criticised by human rights groups who have said that stoning people to death violates international conventions to which Indonesia is a signatory.

The provincial government initially proposed the law, however, it has since said that it rejects some of the bill’s clauses and wants to make further revisions.

Mohammad Naza, the province’s deputy governor, said that he will do all he can to have the law reviewed.

“We have to synchronize with the situation of the people. Aceh is different than the Middle East,” he said.

The law was passed two weeks before a new, more moderate, parliament is to be sworn in, replacing conservative Muslim parties following an election defeat. Some analysts have said that this will lead to the law being toned down.

Step Vaessen, Al Jazeera’s correspondent in Banda Aceh, said: “Sharia law has been controversial in Aceh from the start.

“The local leadership doesn’t support it but there is a lot of pressure from Islamic groups. And the people of Aceh are divided and caught in the middle.

“Indonesians are wondering if Aceh has become a testing ground for sharia laws where caning and stoning people to death becomes common practice or whether this most western province will always be the exception to the rest of the country.”

Aceh has implemented partial sharia since 2005 with drinking alcohol and gambling already outlawed and headscarves being obligatory for women. Over the last three years people have been caned in public mainly for gambling offences.

Sharia police regularly patrol the cities looking for women who do not cover their heads and unmarried couples socialising at beaches.

Aceh is on the far western tip of the Indonesian archipelago. It is the location where Islam first arrived in Indonesia from Saudi Arabia. 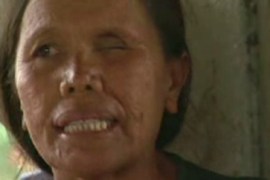 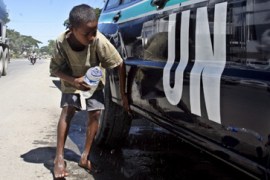 Billions of dollars in aid has failed to filter into East Timor’s economy, report says. 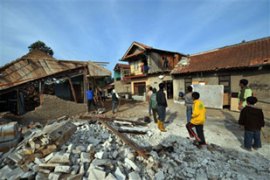 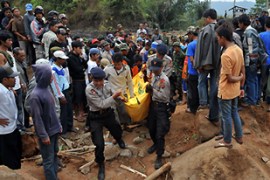