These officials would not be lawyers but could for the first time gather witnesses and evidence on behalf of the detainees to challenge their detention in proceedings before a military-appointed review board, the report said.

Wahad Sadaat, the deputy mayor of Kabul municipality, told Al Jazeera that having US military officials facilitate the situation of detainees is a “helpful step”.

“The legal assistance is of crucial importance but we should not forget the weakened infrastructure of the judicial system in the country,” he said.

“The new arrangement looks very helpful in that it will somehow address the need of the prisoners as well as the families they have left behind.”

International human rights organisations have long criticised conditions at the Bagram facility, where detainees have been held – many of them for six years.

But unlike the prisoners at the Guantanamo Bay naval base in Cuba, the detainees have had no access to lawyers, no right to hear the allegations against them, and only rudimentary reviews of their status as “enemy combatants.”

The changes are expected to be announced this week after an obligatory congressional review, The New York Times said.

As part of a prison-wide protest that began in July, detainees at Bagram, located north of Kabul, have refused visits from the International Committee of the Red Cross and have declined recreation time and family visits.

Human rights campaigners have argued that the prisoners should be given the same rights as those at Guantanamo, but the US military argues that Bagram detainees should be treated differently because they are being held in an active theatre of war.

Their status is the subject of petitions in the US.

A federal judge ruled in April that several Bagram detainees have the right to challenge their detention in US courts, and the Obama administration has asked a federal appeals court to overturn the decision.

Ramzi Kassem, a law professor at City University of New York and attorney for a Bagram detainee, said the move is just “window dressing”.

“The whole thing was meant to pull the wool over the eyes of the judicial system,” he told The Associated Press.

“These changes don’t come anywhere near an adequate substitute for a real review.”

Kassem said the changes appear to amount to a review by a military representative assigned to a detainee.

The representative would not be bound by confidentality, thus making this system similar to one already rejected by the US Supreme Court in 2008.

“These improvements are really just smoke and mirrors,” Kassem said.

Kassem represents Amin al-Bakri, a Yemeni national who was taken to Bagram after being detained in Thailand in 2002. 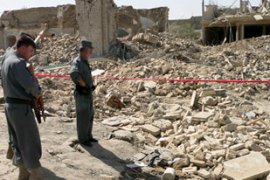 The attacks come as Afghanistan is mired in a drawn-out dispute over election fraud. 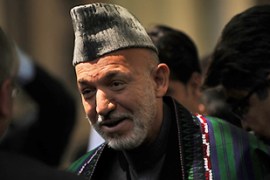 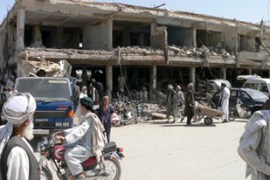 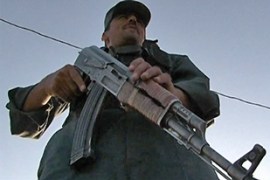 Seven officers killed after being seized from their checkpoint in Kunduz province.