Kampala’s rioting was triggered on Thursday by land and power disputes between the government and leaders of Buganda – one of the east African country’s four ancient kingdoms.

Security forces on Thursday stopped a senior official from Buganda from going to the town of Kayunga to prepare for a visit by the king on Saturday, sparking the clashes in the capital.

Demonstrators threw stones and burned tyres while police, backed by the military, opened fire and sprayed tear gas to disperse the crowds.

Youths tried to erect barricades in the outlying Kubbiri and Kalerwe districts on Saturday, but security forces fired in the air and used tear gas to disperse them.

A torrential downpour in the afternoon cleared the streets.

Meanwhile, the leader of Uganda’s largest ethnic group postponed a controversial visit to a rally in central Uganda in an effort to halt the deadly rioting.

Ronald Muwenda Mutebi, the traditional king, called off the trip to the town of Kayunga, scheduled for Saturday after the deaths, officials from Uganda’s historical Buganda kingdom said.

“We don’t want to see an escalation of the violence,” Medard Lubega, the deputy information minister of Buganda, told the Reuters news agency.

The Ugandan government, citing fears of violence, had banned Mutebi from travelling to the region northeast of Kampala, an area on the edge of his jurisdiction as cultural leader.

The government’s move sparked rioting from Mutebi’s supporters in and around the capital and confrontations with security forces.

Yoweri Museveni, the Ugandan president, announced in a televised national address on Friday that his government would not give in and allow Mutebi into Kayunga county. 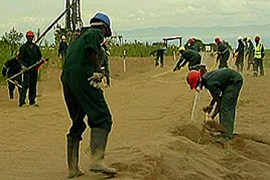 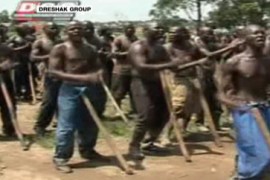