Soldiers and police sealed off the area and most of the wounded were taken to hospital.

Two other bomb attacks occurred in southern Baghdad on Thursday. A pair of roadside bombs exploded in the Mahmoudiya area of the city killing two people and injuring eight more.

Earlier another blast killed eight people in the city of Kirkuk, 250km north of Baghdad, on Wednesday.

The car bombing occurred near the home of a leader of a local Awakening Council, the name given to Sunni militias now working with the US military in Iraq.

Mosul, 350km north of the Iraqi capital Baghdad, and its surrounding area is one of the most violent regions in Iraq, with Arabs and Kurdish politicians locked in dispute over territory and oil.

The US has said that opposition groups are attacking Kurds in ethnically mixed areas in an attempt to stoke ethnic tensions between them and Arabs.

Attacks have increased in recent weeks – becoming almost daily. On Tuesday four US soldiers and 10 Iraqi police officers were killed in northern Iraq.

Analysts say al-Qaeda in Iraq and other armed Sunni Arab groups are attempting to maintain some ground in the region after being pushed out of Baghdad and western Iraq. 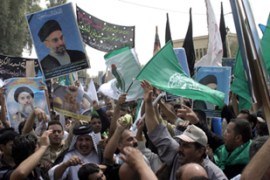 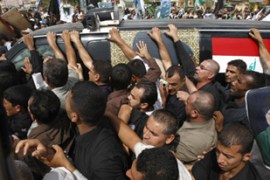 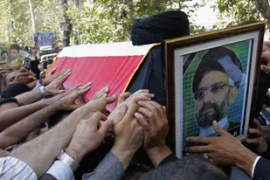