Tripathi said the troops were taken to hospital but died from head injuries.

A second attack on Monday wounded two paramilitary soldiers when a hand grenade was thrown at an outpost in the Batmaloo region of Srinagar.

“A grenade was lobbed on our bunker in which our two soldiers, two local policemen and eight civilians were injured,” Triphati said.

No one has claimed responsibility for either attack.

Unrest in the divided Kashmir region, of which both Pakistan and India claim total control, had dropped at the start of 2009 to its lowest level since a revolt against Indian rule broke out 20 years ago, police have claimed.

However, separatist activity has picked up in recent months. Security officials argue that Pakistani-based opposition groups have increased efforts for their fighters to gain entry to the region before winter snows block the Himalayan mountain passes.

More than 47,000 people have been killed in Kashmir since 1989, according to official tallies, although human rights groups have said that the actual figure for the dead and disappeared is about 70,000. 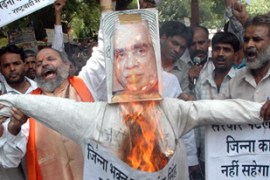 Former minister hits back at party that fired him for sympathetic view of Pakistan’s founder. 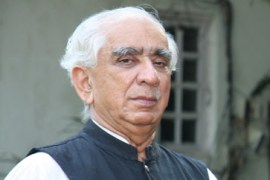 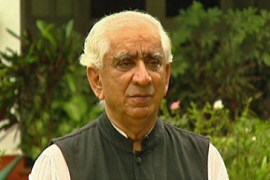