“We are going to continue to defend the constitution of August 9, 1999.”

He said that the people of Niger had “shown their attachment” to the earlier constitution and contested the 68.26 per cent turnout figure for the referendum given by the national election commission.

“On the basis of results from 50 per cent of the polling stations in our possession … turnout was less than five per cent,” he said.

Tandja, whose mandate was set to expire this year, has consistently claimed that his bid to stay in office is to fulfil “the will of the people”.

In order to obtain the necessary constitutional changes Tandja dissolved the country’s top court and parliament, which opposed him, and assumed emergency powers.

The referendum will allow him to remain in office beyond the December 22 end of his tenure and thereafter seek unlimited mandates.

The amendment beefs up the president’s powers by making him the “sole holder of executive power”.

The president will head the army, name the prime minister and have complete control over the cabinet.

The new constitution also provides for a two-chamber parliament, new in Niger which currently does not have a senate.

The membership of the powerful constitutional court has risen from seven to nine and the president, according to the new law, has the power to appoint five of them, whereas previously it was only one.

Tandja has in the past won accolades for bringing stability to Niger and improving the state of the economy of the world’s third largest uranium producer.

But his plan to extend his mandate indefinitely has been condemned both internationally and at home. 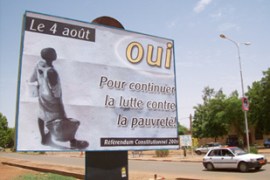 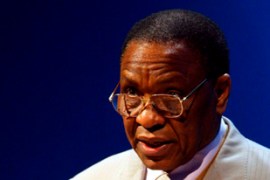