Al Jazeera’s Nour Odeh, reporting from Bethlehem, said that the accusations were true in the fact that a small number of Fatah officials had already been convicted of embezzlement and financial corruption.

“These are things that will be discussed in the conference, but it is not clear what kinds of decisions will be taken and it is not directly related to the Kaddoumi memo.”

“It is certainly an indication of the kind of schism that is plaguing the Fatah movement, ones that they are hoping to bridge by the end of the conference.”

The three-day conference is aimed at addressing the political infighting in Fatah and revitalising its base.

Fatah is expected to elect a new central committee and a ruling council, in the hope of giving more of a say to a younger generation that grew up fighting Israel’s occupation of the West Bank.

Kaddoumi, who lives in exile in Tunisia, refused to attend Fatah’s first conference in 20 years because it was being held with the West Bank still under Israeli occupation.

“The PA [Palestinian Authority] has continued eliminating all aspects of resistance in the West Bank in return for settling political negotiations and reinforcing co-ordination and co-operation with the Zionist security authorities,” he said in the statement.

As the conference opened on Tuesday, Mahmoud Abbas, the Palestinian president and Fatah leader stressed that peace with Israel remained Fatah’s goal, but that it reserved the right to what he called “legitimate resistance”.

“Although peace is our choice, we reserve the right to resistance, legitimate under international law,” he said.

Kaddoumi is a long-running critic of Abbas, who he recently accused of plotting to assassinate Yasser Arafat, the former Palestinian leader.

Abbas rejected Kaddoumi’s claims that he attended a meeting with Ariel Sharon, the former Israeli prime minister, where they discussed killing Arafat.

Al Jazeera’s Odeh said that Kaddoumi, despite being one of the co-founders of Fatah, seemed to have little backing in the party.

“In the past 15 years or so he has been away from the scene,” she said.

“He has not returned to the occupied Palestinian territory and as far as popular support is concerned, Fatah members tell us he has no relation with the popular base,” she said.

The last Fatah congress was held in Tunis in 1989, when the movement was under the leadership of Arafat. 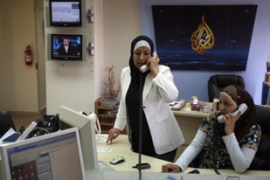 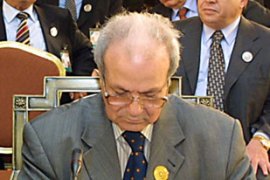 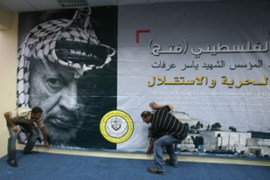 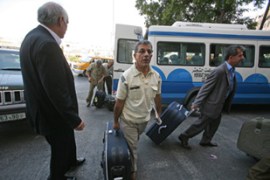