But instead, he led the party which had governed Japan for an almost unbroken five decades, to a historic general election defeat.

“I have no plan to run for re-election,” Aso said, adding that “the most important thing is rejuvenating our party.”

His successor is expected to be named late next month.

Although voters gave the Democratic Party of Japan (DPJ) a landslide win, most voters were seen as venting dissatisfaction with the LDP and the political status quo more than they were endorsing the policies of the untested opposition.

The LDP have governed Japan for virtually all of the past 54 years, barring a short break in the early 1990s.

But many voters saw the conservative, pro-business party as out of touch and ineffective in its handling of Japan’s worst recession since the Second World War.

Aso himself was also seen as a liability after a series of policy flip-flops and gaffes ravaged his approval ratings, sparking turmoil in the LDP and alienating voters. 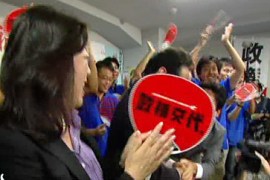 More than 50 years of almost continous LDP rule is brought to an end. 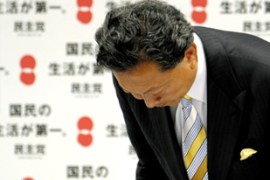 Democrat leader vows not to “bulldoze” polices through parliament after landslide win. 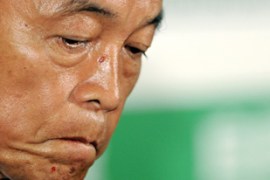