“I’m a monk. I was asked to say prayers for peace,” he said at the airport.

“There is no politics. This is humanitarian in nature.”

Hundreds of Taiwan’s Tibetan community and about 50 pro-Chinese protesters were at the airport for the Dalai Lama’s arrival.

China has said that there was an “ulterior motive” for the invite to Taiwan by the opposition Democratic Party and that it is “resolutely opposed” to the visit.

“The Dalai Lama’s visit to Taiwan is bound to have a negative influence on relations between the mainland and Taiwan,” a spokesman for China’s Taiwan Affairs Bureau said.

“We resolutely oppose this and our position is firm and clear.

“We will keep a close eye on the situation.”

Beijing is also aware any moves against the Dalai Lama could play into the hands of Taiwanese opponents of Taiwan’s President Ma, who has sought to ease tensions with Beijing.

Taiwan’s relations with China have improved under Ma, who has taken a more conciliatory approach than his predecessor.

Over the past 12 years, the Dalai Lama has made three visits to the island which is home to a large exiled Tibetan community and millions of Buddhists.

China and Taiwan split amid civil war in 1949. 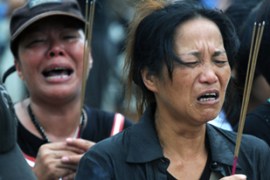 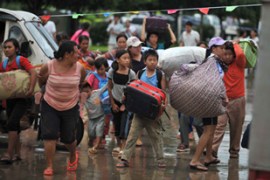 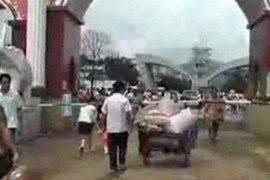 Days of clashes between military and militias force thousands to flee to China.