Speaking in Geneva, Andrej Mahecic, a UNHCR spokesman, said that Saada, in Yemen’s north, had been “practically cut off from the rest of the world”.

“The residents, as well as those displaced in Saada city, are unable to leave,” Mahecic said, according to a statement on the organisation’s website.

There are no reliable reports of casualty figures.

Some reports said that the Houthis had stopped government troops from advancing in several areas, including Malaheez, and Sufyan district in neighbouring Imran province.

The Houthis also claimed to have captured an undetermined number of soldiers, destroying two tanks in an attack on an army point in Maqash, near Saada city.

But a military spokesman claimed that the army killed several fighters in the same clash. The government insists that it has inflicted heavy casualties on the fighters, who are from the Zaidi sect of Shia Islam.

Television footage showed warplanes striking targets in the mountains around Saada and salvos of rockets being fired by a line of launchers.

The Houthis have accused the government of targeting civilians in its attacks.

They have also alleged neighbouring Sunni Saudi Arabia has been sending warplanes to aid Yemeni troops, during the course of the 18-day conflict, which the government has dubbed  “Operation Scorched Earth”.

That claim has been ridiculed by the Yemeni government which accuses Shia Iran of backing the Houthis.

The government had offered a six-point plan to end the fighting but the rebels dismissed the offer, recalling that a Qatari-brokered peace deal reached in June 2007 had never been implemented. 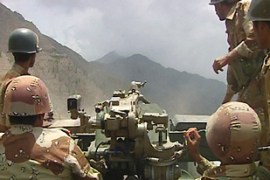 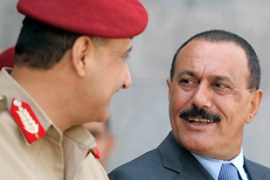 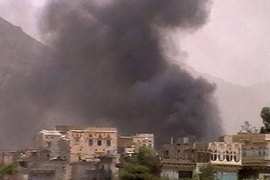