Abdulahi Faramiliq, another resident of Beledweyne, said that the troops were cordoning off residential areas and going from house to house searching for weapons.

However, General Muqtar Hassan Afrah, the Somali military commander in the region, denied that any Ethiopian troops were in the region.

Ethiopian forces withdrew from Somalia in January as part of a peace deal, more than two years after moving in to help the UN-backed interim government battle the Islamic Courts’ Union, which had seized control of much of the south and centre of the country.

Their presence was unpopular with the majority of Somalis and was used by local Islamist groups as a recruiting tool.

Rashid Abdi, a Kenya-based Somalia analyst with the International Crisis Group, said that it is unlikely that Ethiopia is planning to send a larger force across the border.

“It’s a strategic town for them,” he said, referring to the Beledweyne’s location near the border.

“They want a buffer zone and they won’t allow it to be in hostile hands.”

There have been several reports of Ethiopian troops crossing the border in recent months, but the Somali government has not confirmed their presence.

Somalia’s government is struggling to control the country, despite including several factions of the Islamic Courts’ Union.

Fighters from al-Shabaab and Hizb ul-Islam groups have seized control of large areas of the country and have vowed to topple the administration of Sheikh Sharif Ahmed, the current president and former Islamic Courts leader. 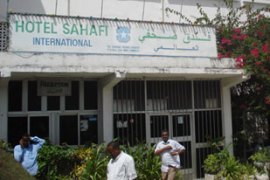 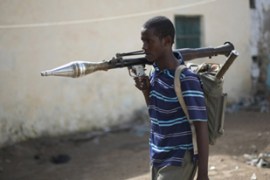 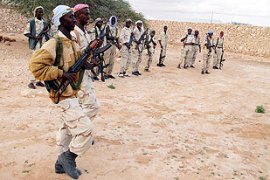 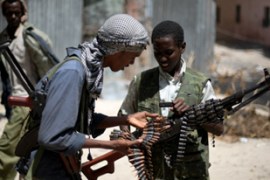