“They [Israeli soldiers] called him, Bilal, Bilal. He automatically turned, and they shot him,” Ghanem said.

A military ambulance then transferred Bilal to a helicopter at the gate of the village, his family said.

Ghanem said Israeli forces returned the body to his family a week later, but it was cut and showed signs of being opened.

“It was very clear that there was no abdomen, it showed from the way it was stitched. There were no teeth in his mouth,” he said.

Bilal’s death was included in the Swedish newspaper report by Donald Bostrom, a Swedish freelance journalist.

Bostrom said the report was based on his own eyewitness account of an Israeli army raid on a Palestinian village in 1992.

He told Al Jazeera he was not anti-Semitic and insisted that what he had written was true.

“The body was taken away and the authorities made an autopsy with this young man against the will of the family,” Bostrom said.

“All those things are actually true and happened. When the military returned the body the family said, ‘We think they stole the organ of the body’ because there was an empty belly.

The article has sparked outrage in Israel, with scores of ministers and commentators calling it anti-Semitic.

“The statements in the Swedish press were outrageous,” Binyamin Netanyahu, the Israeli prime minister, was quoted as telling his cabinet on Sunday.

“We are not expecting an apology from the Swedish government… We are expecting condemnation.”

The Swedish government has refused to apologise for the article, saying the country’s press freedom prevents it from intervening.

“If I devoted myself to correcting all the strange claims in the media, I would probably not have time to devote to very much else,” Carl Bildt, the Swedish foreign minister, said.

The newspaper commented on its story on Sunday, acknowledging that it had no proof of any organ theft but argued that the story deserved publication because of the issues it raised. 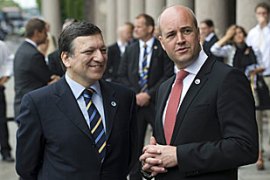 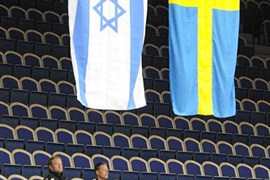 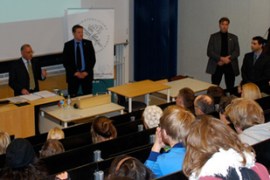